How to Find & Complete the FH5 Tropical Fruits Treasure Hunt

Looking to finally figure out how to complete the Forza Horizon 5 Tropical Fruits treasure hunt? We’ve got ya.

Through this guide, we’ll detail everything you need to know about the treasure hunt challenge, from where to find it and how to complete it.

Before beginning the actual treasure-hunting phase, you must first solve a cryptic riddle to reveal the overall location of the Tropical Fruits treasure chest in Forza Horizon 5.

The riddle states: “Carting on electric wheels is 5 times better if you have the skill”, which translated means: “While driving an electric vehicle, get the Cart Wheels Skill five times by smashing into Forza Horizon 5 taco carts”.

Pick an electric car (Including an Extreme E vehicle)

Regarding the first point, driving an electric vehicle, there are several options to select from in FH5, and it doesn’t really matter which car you pick, as long as it’s electric.

For example, the Porsche’s Taycan Turbo S or the Jaguar’s I-Pace should be accessible to most players, but the Forza Horizon 5 Series 10 introduced a collection of new Extreme E electric cars, which already have gained huge popularity.

Now that you’ve got yourself an electric car, go to the urban areas of Mexico and seek for the little taco carts that are generally on the sidewalks of roads.

Mulege is ususally a fantastic location to look, as is Playa Azul, which is located in Guanajuato. You’ll need to litterally drive into a taco cart and see the Cart Wheels Skill appear, after which you’ll need to stop driving to bank your Skills Chain.

Then rinse and repeat, find another taco cart, smash it for the skill, and so on until you’ve earned Cart Wheels five times. The treasure chest will then be revealed to you.

Where to find the Treasure Chest in Playa Azul

Once you’ve arrived in Playa Azul, look for the treasure chest out to sea, east of Playa Azul. 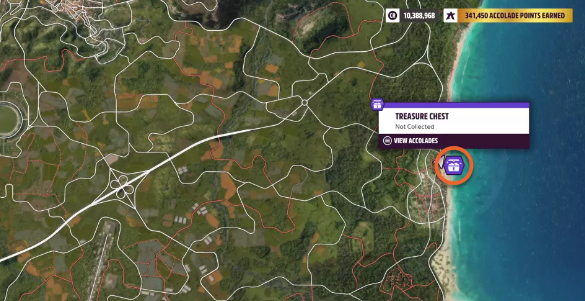 You’ll find a rowboat tied to a post and the treasure chest is right next to the boat.

You’ll then want to once again drive into the chest to smash it off and get your loot.

Finally, after you’ve solved the riddle of the Treasure Hunt, you’ll have a rough location on your map of the treasure chest, similar to a Forza Horizon 5 Barn Find. 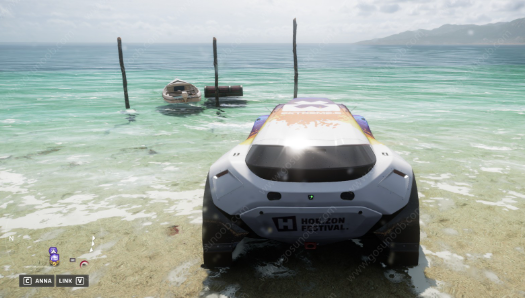 Hence, this treasure hunt is located in Playa Azul on the east coast of the Forza Horizon 5 Mexico map, so get going!

So there you have it, everything you need to know about how to complete the Forza Horizon 5 Tropical Fruits Treasure Hunt.

Now go out and search for that treasure chest, which is well worth your while considering the rewards you’ll get for finding it.

These include a large number of skill points, new vehicles, and even credits that you can use to upgrade your cars.