The second round of Mario Kart 8 Deluxe DLC content has now launched, along with a major update for one of the most popular tracks.

The island’s Coconut Mall has now been completely restored, thus the Shy Guy-driven automobiles at the end of the race are no longer static as they previously were. 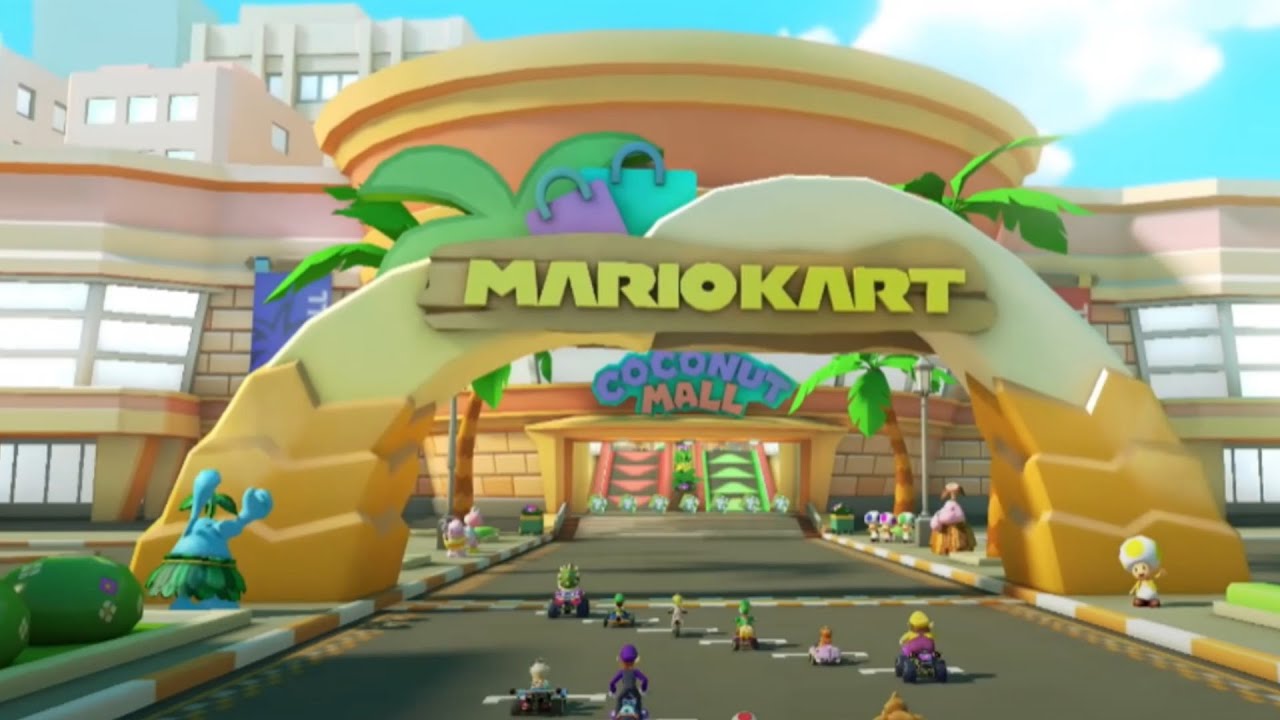 Bizarrely though, rather than just shifting back and forth as they did in the Wii original, the cars have begun performing doughnuts.

What has come with the update?

Mario Kart fans rejoice! Today’s update also includes some classic tracks, including Kalimari Desert from the N64, Waluigi Pinball from the DS, and Mushroom Gorge from the Wii.

Snow Land from Mario Kart Advance is also now available, alongside Mario Circuit 3 from the SNES.

What else has been added to the DLC?

In addition to that, 48 new tracks will be added to the game over the next 18 months, available for purchase as a single £22.49 purchase or part of Nintendo’s premium Switch Online + Expansion Pack subscription service.

The new updates and DLC brought some really good news to the Mario Kart community as a lot of the tracks are now restored.

It is really good to see that Nintendo is still keeping the Mario Kart community alive and going.

What do you think of the new additions to Mario Kart 8 Deluxe?