Did you know that in August 2014 Mercedes had released its original car pack in Mario Kart 8?

In fact the Mercedes pack is one of the three only downloadable content packs available in the game.

The other two are “The Legend of Zelda” and “Animal Crossing” packs.

What does the Mercedes pack include?

The Mercedes pack includes three new vehicles, all of which are inspired by real-world Mercedes cars.

The first is the GLA45 AMG, which is based on the Mercedes-Benz GLA-Class SUV.

The second is the 300 SL Roadster, which is based on the Mercedes-Benz 300 SL roadster.

All three of these cars are available to purchase individually or as part of the pack.

How do you get the Mercedes pack in Mario Kart 8 Deluxe Edition?

To unlock the Mercedes pak you will actually have to put in a little bit of work and collect some coins.

In fact, for the 300 SL Roadster, you’ll need to collect 750 coins while the GLA Tires unlock at just 60 coins.

Why is there a Mercedes in Mario Kart?

Nintendo has partnered with Mercedes to promote their new GLA crossover. 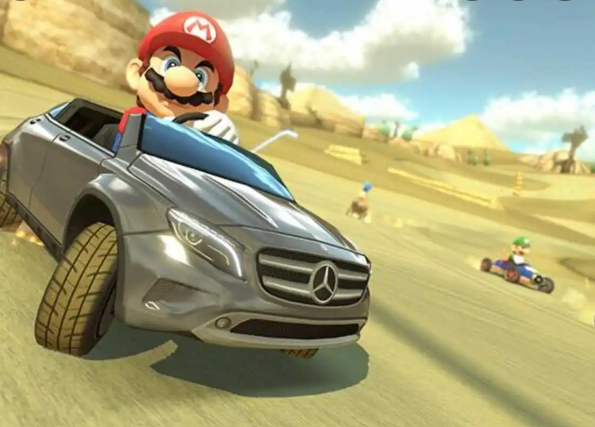 That’s with the goal of giving the player a feel for what it’s like to drive a Mercedes.

The GLA is the first car you can drive in the game, and it looks really nice.

So there you have it, everything you need to know about the Mercedes Pack in Mario Kart 8 Deluxe.

If you’re a fan of the game or just want to try out some new cars, then this is definitely the pack for you.

Just remember to put in the work and collect those coins if you want to unlock everything!