The 1.07 F1 22 update is finally here and with it has arrived Portimao in the game!

Along with the new F1 track keing added, there are few other big changes coming to F1 22. So let’s see what Codemasters has been working on!

The new update is rolling out now across all platforms, Playstation, Xbox and PC.

Codemasters generously released the patch for the Portuguese Grand Prix, which has always been one of the most favored tracks among the F1 sim racing community. 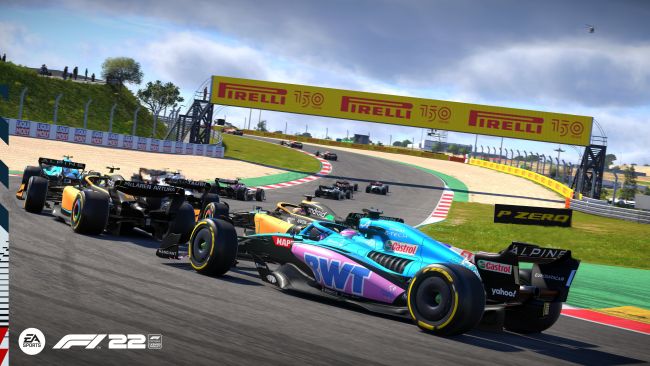 Despite adding the new track, the most pressing topic for everyone is the speed and performance of AI cars, especially in My Team.

While Codemasters has not been able to entirely address this problem, it has made some alterations that should assist, such as the throttle application for AI drivers.

The patch notes for the 1.07 update include a paragraph saying “the development team believes it has identified the issue regarding AI speed gains on the straights. Changes to throttle application in this patch will help as the team is currently working hard to bring parity to AI and player car performance”.

Hearing these words is very reassuring for all F1 22 fans as the main focus right now should be to make sure that all modes are as enjoyable as possible, and not just the multiplayer.

We will have to wait and see how effective the changes are, but it is good to know that Codemasters is still actively working on making improvements on their AI algorithm.

Other than the AI and Portimao, there haven’t been many major changes included in the 1.07 update. You can find the full list of patch notes down below:

As you can see there are quite a fe fixes and improvements made, which is always great to see.

Make sure to check out our Portimao guide once you have had a chance to try it out for yourself.

We are really hoping that this update will bring some much-needed changes to the AI performance, so all F1 22 fans can enjoy the game to its fullest potential!