It’s been making waves in the sim racing community since it was released last year, and many drivers are wondering if it’s better than the Formula 1 game.

In this blog post, I’ll be comparing and contrasting these two phenomenal racing simulators. Let’s get started!

Assetto Corsa Competizione was released in late 2018 and has since become a popular game among sim racers.

Many gamers are also impressed with the level of detail Kunos put into the game, which goes all the way down to making sure each car has its own unique characteristics.

The game focuses on GT racing, which means you’re racing sports cars instead of Formula 1 vehicles.

So you can only race GT3 and GT4 cars on ACC compared to the many more cars you can run on the traditional Assetto Corsa.

Lots of people are comparing it with F1 2021 because both games focus on simulating real racing and both games received praise from players and critics alike.

Formula One is probably the most popular motorsport in the world due to its F1 fame, so it’s no surprise people are also looking for a realistic Formula 1 racing simulator.

Codemasters did a great job on F1 2020, but they upped their game even more with their 2021 release of the FIA Formula One World Championship.

The game has many new features such as an immersive career mode and dynamic weather, plus it also sports a revolutionary vehicle damage system.

It’s a fantastic game, but is it better than Assetto Corsa Competizione? We’ll get to that in a bit. 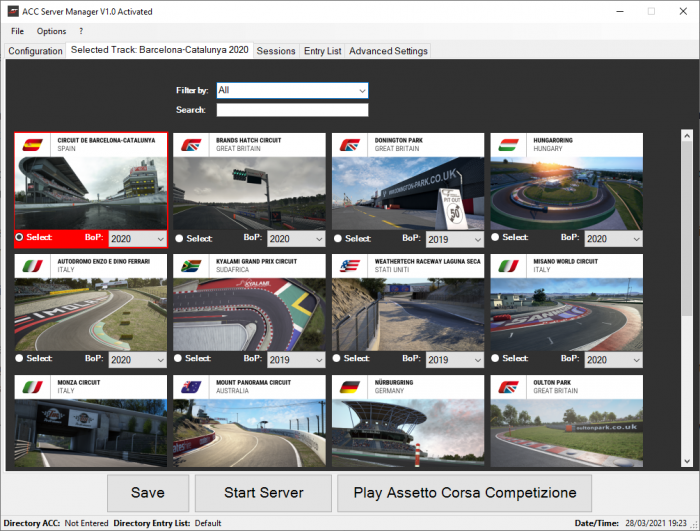 In terms of car selection, Assetto Corsa Competizione wins this round because it has a whopping 13 GT3 cars to choose from, and 11 GT4 cars from its 2020 GT4 DLC pack.

So from that point of view, ACC also wins when it comes to cars selection.

In terms of tracks, however, F1 2021 is the clear winner because it’s got more than 20 tracks with the new Jeddah and Vietnam tracks.

Acc only has a bit less with 16 tracks being most of them are well-known international circuits.

ACC also has Laguna Sca, Bathurst and Brands Hatch on the list which are really cool to drive to be honest and F1 doesn’t have them 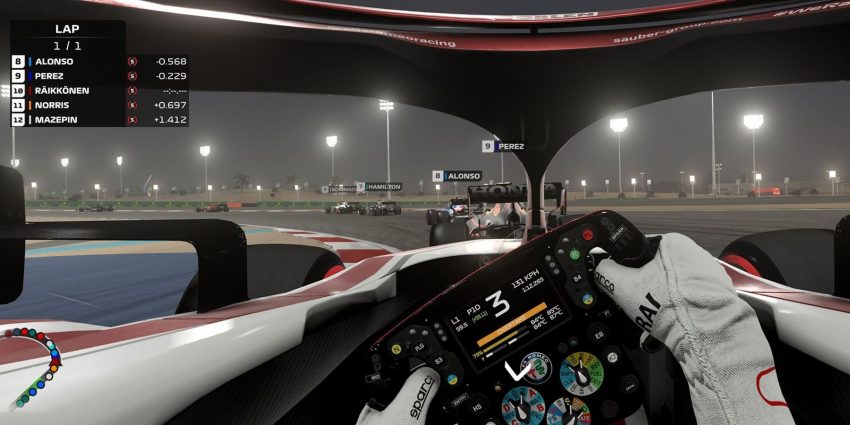 In terms of graphics, F1 2021 has a clear edge over Assetto Corsa Competizione.

It’s got better textures and lighting, plus it has better weather effects too. But if you want to feel like driving in a sports car race, ACC should be your choice.

Although F1 2021 has some great graphics, it doesn’t have proper night racing yet while ACC has does for its 24 hours endurance races.

Both games also have advanced options for VR users to suit every player’s needs so it’s a tie in this category.

From a sound standpoint, ACC takes this round for its awesome car sounds.  Each car’s engine is well-simulated here which makes you feel like you’re in a real car.

F1 2021 also has nice sounding engines, but it doesn’t have the same level of detail as ACC does in my opinion.

Okay, so this one is quite subjective as it depends on each player’s preferences.

But I’ll say that ACC has probably got a slight edge here since it seems like driving on a real simulator for GT cars even though F1 2021 is also awesome with the career mode.

Both games, however, are really realistic due to their controls and settings which make you feel like driving on a real car.

So here’s the big question: Is F1 2021 better than Assetto Corsa Competizione?

Well, it really depends on your preferences. If you want something realistic enough to feel like driving on a real GT3 car, then go for Assetto Corsa Competizione.

However, if you want more variety and a more immersive career mode, go for F1 2021.

Both games also have online multiplayer and both of them are titans in the sim racing area so it’s up to you which one you should get.

As always, I hope you guys enjoyed this article and I’ll see you next time!