Assetto Corsa Competizione and RaceRoom both offer great experiences for sim racing drivers, but which one is better?

In this post, we’ll compare the two games to help you decide which one is right for you. We’ll look at things like graphics, gameplay, and features to help you make the best decision.

But before diving into the games’ comparison let’s first quickly have a look at them separately.

With its release date in September 2018, Assetto Corsa Competizione has been the latest game from Kunos Simulazioni.

It’s a GT3 variation from its predecessor Assetto Corsa which was released in December 2014.

The game is based on Unreal Engine 4, which makes it look stunning and offers great sound quality.

I’m probably a bit biased towards this game since I’ve spent my teenage years playing Assetto Corsa Competizione and it keeps getting better with every update.

The game’s release date goes back to December 2013 though it’s picking more and more interest as time goes by.

Raceroom Racing Experience is based on the ISImotor which is quite good though probably not as sophistical as the ACC Unreal Engine.

The game has got a growing online community both on Forums and Discord servers and it keeps expanding with great new content.

Now that we know a bit about the games, let’s compare them. 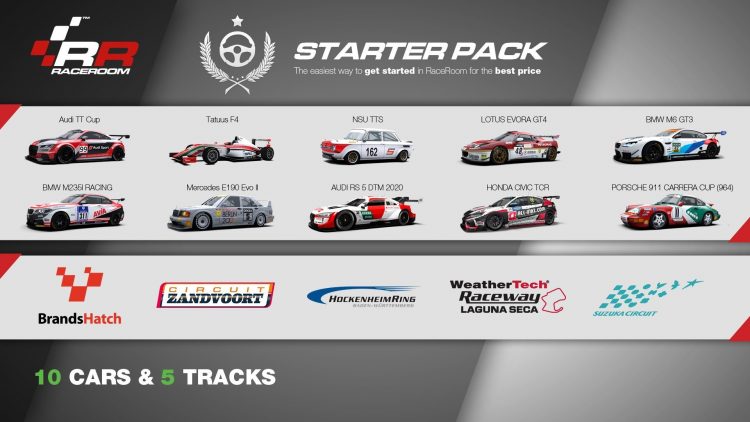 One of the Assetto Corsa Competizione’s main goals was to deliver great content.

The game has a wide range of Ferraris, Lamborghinis, McLarens, and many other cars.

In terms of tracks, you can race on some of the most iconic tracks in the world such as Monza, Spa-Francorchamps, Bathurst, and Nürburgring.

Despite the quality of the tracks being really high, ACC has only got 16 tracks and 13 GT3 cars (24 including the 11 GT4 DLC pack) which may not seem a lot.

In fact Raceroom offers over 100 cars to be raced on 40 different racetracks!

So from this point of view, Raceroom definitely takes the lead.

You might argue at the quality vs quantity factor though having lots of content is usually a really good thing.

You’ll certainly won’t get bored with all the things you can race in Raceroom. 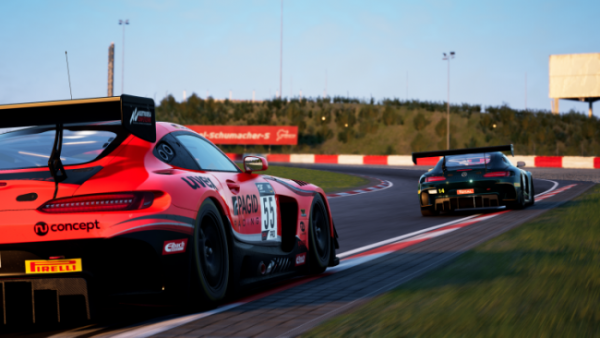 When it comes to graphics, Assetto Corsa Competizione is the clear winner.

The Unreal Engine 4 makes the game look amazing and the sound quality is top-notch.

Raceroom is good as well, but it can’t be compared to the quality of ACC.

I’ve to say that probably the only game that can compete with ACC graphics-wise is iRacing.

You really want the graphics to be on point, especially when racing in the rain or during the night as it can make a big difference in your GT3 races.

Okay so as you can imagine this is a really tough one to compare.

Both games offer great driving realism, but it’s up to you to decide which one feels better.

I know some people that prefer Raceroom’s physics while others love Assetto Corsa Competizione’s.

Yes, I believe ACC is more realistic to drive than Raceroom.

You can really feel the grip under braking and while rotating the car at the apex it just feels more real.

That’s not to say that Raceroom physics are bad, they’re just different.

I’m biased towards ACC because it gives me the feeling I’m driving a real GT3 car, but I know that some people may disagree with me on this.

I think this point is actually quite subjective, so don’t take my word for it and try both games out if you have the chance!

So in terms of pricing, it’s difficult to compare and judge which one is better.

Which is better Raceroom or Assetto Corsa Competizione?

Alright so here’s the big question. Which one is better?

I think Raceroom has done a really good job both in terms of cars selection and driving feedback, though I feel that Assetto Corsa Competizione is a bit more realistic to drive.

Graphics-wise ACC takes the lead which guarantees an incredible level of immersion.

The great advantage of Raceroom though is the huge selection of content with 40 tracks and 100+ cars from all different racing series.

What’s your opinion? Please let me know it!

I hope this article was helpful and you now have a better understanding of the two games.