Assetto Corsa Competizione and Project Cars 3 are two of the newest, most popular racing games on the market.

Both have their pros and cons, but which one is better?

In this blog post, we’ll compare these two games and see which one comes out on top. Stay tuned to find out!

You need a realistic experience with your sim racing games, and I confirm that Assetto Corsa Competizione definitely delivers.

With an impressive roster of real-world cars to race on realistically recreated tracks, this game will give you the most realistic experience possible.

We’ll have a look at the difference in terms of:

Let’s first have a brief overview of both the games.

ACC was released in September 2018 and has enjoyed a lot of success ever since.

It has been downloaded by well over hundreds of thousands of sim racers and still exists. This shows to be one of the most popular racing simulators available.

It is currently available on Steam for PC, PlayStation and Xbox One.

The developers at Kunos Simulazioni have done an amazing job in recreating the handling of each car and making it as realistic as possible.

That being said, what’s great about ACC is that you can actually feel the car reacting to the track and the environment around you which is a must for professional sim drivers.

PC3 was released in August 2018, just a month before ACC.

It was also developed by Slightly Mad Studios and is currently available on PC, PlayStation 4, and Xbox One.

Their focus was on the multiplayer experience and they managed to create a game that is both fun and challenging.

Slightly Mad Studios is constantly releasing updates and DLCs that add new content to the game to increase the level of choice for its players.

In terms of cars and tracks selection, Project cars wins with 120 tracks and over 200 cars to race on.

It’s truly an astonishing number if you compare it to ACC’s 16 tracks and 13 GT3 cars.

Yeah sure ACC has also got a GT4 DLC containing 11 cars though it’s still far away from the number of cars PC3 offers.

So from that point of view, Project Cars 3 is the clear winner despite the fact that the quality of the cars and os the laser-scanned circuits of ACC is another level.

In fact, I think that if we look at quality over quantity, ACC would win this aspect by a mile. 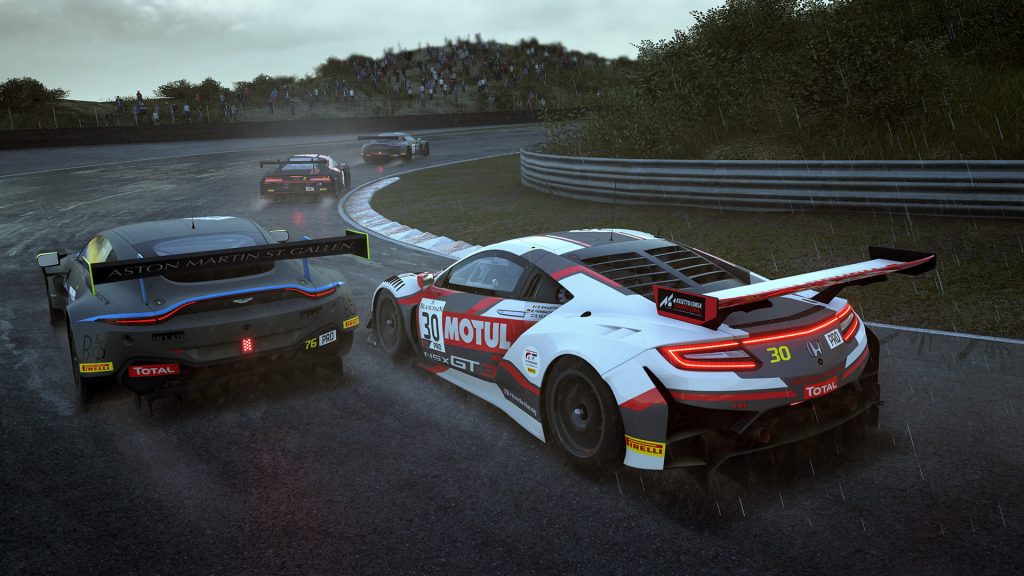 Even though ACC has got less cars and tracks, the quality of the graphics and sound is far superior to PC3.

It’s not even close.

ACC uses Unreal Engine 4 which is known for its amazing graphics and stunning lighting effects.

All the cars and tracks have been recreated with great detail and the end result is a racing simulator that looks and feels amazing.

PC3 uses the Madness engine which is known for being inferior to Unreal Engine 4 when it comes to graphics.

The graphics in PC3 are not bad, but they don’t quite match the level of quality that ACC offers.

The cars in ACC sound amazing and really give you that racing experience.

PC3’s cars sound good as well, but they can’t compare to the level of quality that ACC offers. 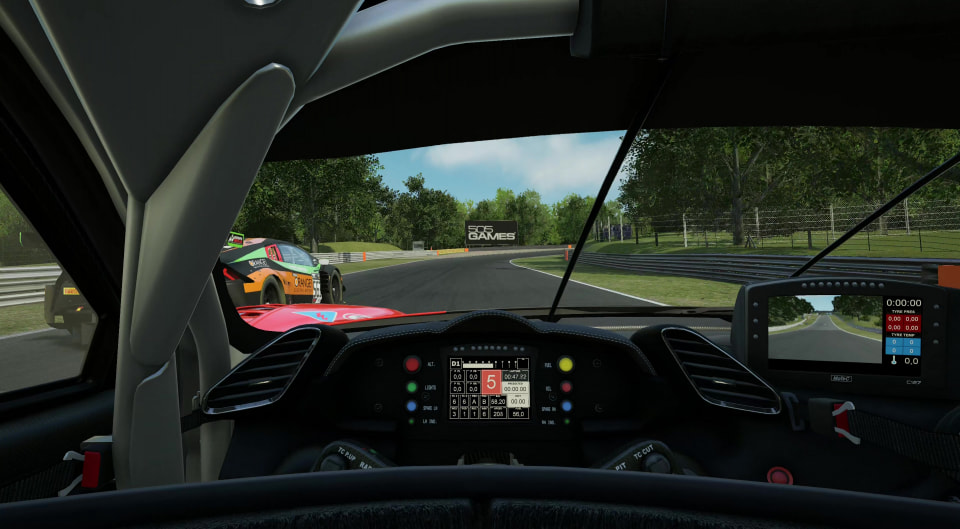 So here’s where it gets interesting.

ACC has been praised for its amazing driving realism and immersion, while PC3 has been criticized for its poor driving physics.

A lot of people have complained about the cars feel like they’re driving on ice and it’s very hard to make them do exactly what you need.

This is a big downside for PC3 and is the reason why it’s not as popular as ACC.

Absolutely yes! ACC has done a really good job in terms of driving realism and immersion.

The cars feel like they’re really reacting to the track and the environment around you.

You can really feel the grip in the car whereas PC3 feels a bit too arcade-like for some people.

So in conclusion, I would say that Assetto Corsa is the most realistic racing game between the two.

PC3 being significantly cheaper is a great option for those who are looking for a good racing game without breaking the brank.

Which is better Assetto Corsa Competizione or project cars 3?

Is ACC or PC3 better?

In my opinion, Assetto Corsa Competizione is the clear winner.

It has better graphics, sound quality, driving realism and physics than PC3.

I’m a bit biased towards ACC but you can’t deny the investment in design and development made by Kunos Simulazioni.

I hope this article has helped you make a decision on which game to purchase.