Choosing the right sim racing software can be a real headache at times, especially when you’re first starting out in the world of sim racing.

Two of the most popular sim racing softwares on the market right now are iRacing and Project Cars 2.

In this comparison guide we will go through some of the most frequent asked questions that sim racers have when choosing between iRacing and PC2. 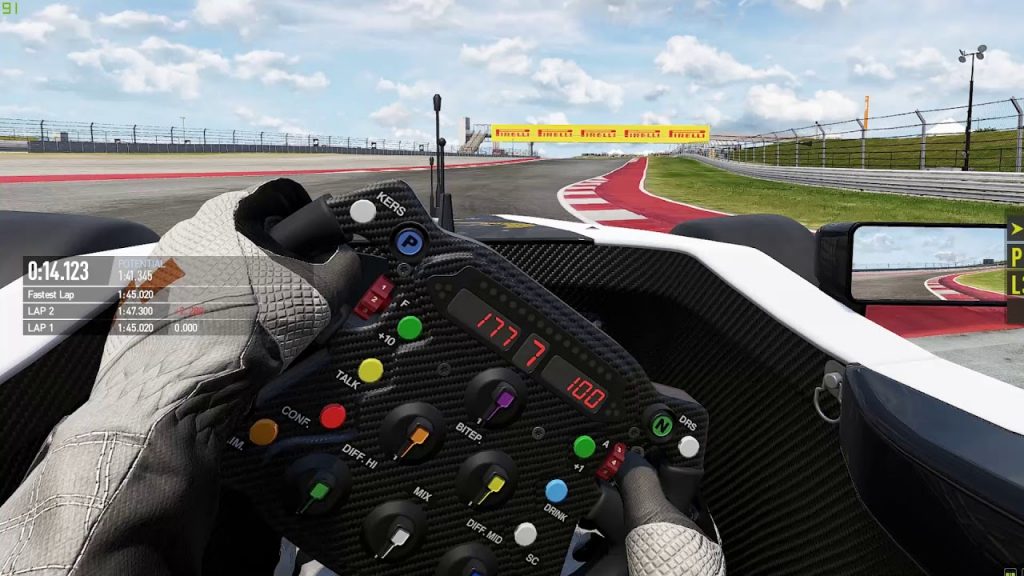 Often regarded as one of the best sim racing software, iRacing always delivers when it comes to realistic driving experience.

The fact that iRacing is used by real life racers to hone their racing skills says it all about its realism.

Of course, the final experience will depend on the device and racing equipment that you are using in your simulation.

As for Project Cars 2, a lot of sim racers are actually surprised when they first few laps they drive on it.

iRacing is the perfect example for a racing simulation with excellent cars and track variety.

With more than 100 different cars, iRacing does not necessarily provide the most car options, but iRacing manages to represent a wide variety of racing car types, including Nascar, road racers, open wheeler, offroad cars, and more.

Most importantly, these cars are available with fine details and accurate specifications.

As for the track variety, iRacing offers over 100 tracks with more than 350 different layouts and con 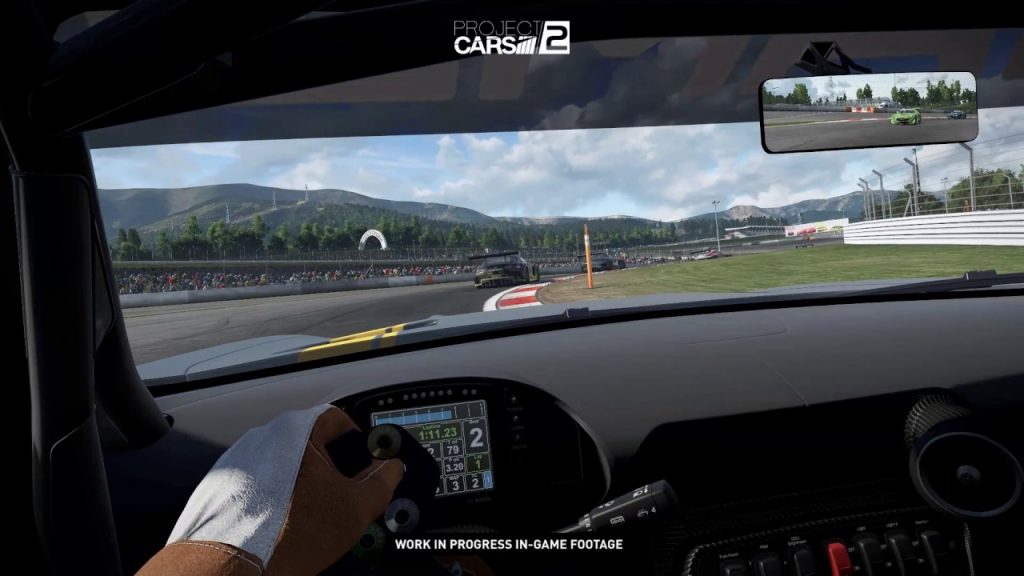 These tracks are mostly made of real life venues, the rest are a combination of historical and fictional venues.

Project Cars 2 may not have as much variety when it comes to racing car types, but it does offer more than 180 racing cars from some of the world’s best car manufacturers including Porsche, Ferrari, Lamborghini, Nissan, Acura, Jaguar, and more.

With those cars, you can race in 60 venues that are available in 140 layouts.

In iRacing, you know what to expect, an outstanding graphic quality for all aspects of the simulation including the car onboard, exterior livery, the track details, and the overall racing environment.

We particularly like how iRacing is able to maintain excellent graphic quality for every detail of the car interior.

As for Project Cars 2, you will not believe how much it has been upgraded since the first version of Project Cars.

If you have raced in the previous Project Cars, you may be familiar with how the simulation tends to lag and perform with inconsistent frame rate.

Well, it is safe to say that Project Cars 2 developers have gotten rid of those problems.

What really stands out for Project Cars 2 is the graphic quality when you race under different weathers, including snowing, raining, sunset, etc.

The immersion under these conditions is simply unbelievable up to a level where it is better than iRacing.

One of the most familiar cases with iRacing is that new racers tend to have a hard time getting used to the car handling in iRacing.

Yes, some may say that this is one of the downsides of iRacing, but for most racing enthusiasts, we look at it as one of iRacing’s strongest features.

Car handling in iRacing is hard because it is very realistic.

Once you manage to adapt with the car handling in iRacing, you will be taken to a whole other level of immersion.

With Project Cars 2, we can say that it is much friendlier and easier to handle for beginners.

This is a strong point for Project Cars 2 as they still manage to provide a realistic car handling experience without simplifying the technical skills required in a real race. Overall, the corners may not feel as fast as on iRacing, but we can say that the car handling in Project Cars 2 is still top notch.

iRacing’s software can only be run on PC.

While this makes it less accessible for people without PCs, the software is quite versatile and can be run on PCs with a minimum of 16 GB memory and 2 GB dedicated vRAM.

In contrast, Project Cars 2 are compatible with PC, Xbox, and Playstation.

We have to say that Project Cars 2 is equally fun and realistic across all devices, but it is especially better when you are using a PC.

After previous assessments, you can see that both iRacing and Project Cars 2 ranks highly amongst other sim racing softwares.

With that in mind, you can be sure that there will not be a problem when it comes to the essential details like the FOV.

We recommend beginners to start with the default FOV in both the games.

As you spend more time racing with the default FOV, you will soon discover your own preference which you can conveniently adjust in the settings menu of both softwares.

iRacing keeps on upgrading and evolving as time goes by, which we feel is one of the main reasons why they managed to stay on top for so long.

This applies to their tracks option, as they keep on adding new tracks to their game, they make sure that their tracks are laser scanned to provide racers with the most realistic experience.

Currently, more than 100 tracks in iRacing have been laser scanned.

On the other hand, only 20 out of the 60 venues in Project Cars 2 are laser scanned.

Regardless, this will not affect your overall racing experience.

The tracks that are not laser scanned are still created with high attention to details.

Racing offline and trying to improve your personal best rally time is definitely a fun thing to do, but there really is nothing like participating in an online multiplayer race.

On top of being able to test yourself out with some of the best sim racers in the world, online racing puts you into a realistic racing situation where you have to race with real people instead of AI bots.

The level of competition in iRacing is relatively high, but do not worry because the matchmaking system will match you with racers of your skill level.

Project Cars 2 also provides an online platform for their racers, but it is not as sophisticated as iRacing’s.

You can participate in leagues and events or go for a quick race with other Project Cars 2 racers from around the world.

After testing both iRacing and Project Cars 2, we can say that both sim racing softwares have done an exceptional job in providing precise force feedback without any problem.

Just like with the FOV, we recommend new racers to race with the default settings until you find your own preference.

Finally, do not forget that the quality of your steering wheel does play a part in the force feedback that you will receive.

So, after reading this article, you should now have a good understanding on what both iRacing and Project Cars 2 have to offer.

We have gathered all the information so you do not have to spend hours searching for the details yourself.

Whether you are planning on getting either one of these sim racing softwares or both, this article will help you to get a better picture of what you can expect.

Both iRacing and PC2 have awesome features that we just couldn’t cover all in this one article.

Make sure to check out our other articles for more in-depth details.

Having said that, I hope this comparison guide has been helpful for you.