Are you just getting started with sim racing and wondering which of the two sim racing softwares is best for you?

This article aims to give you a rough idea of what each of these two softwares have to offer.

First, we’ll start with a brief overview of both simulators and then dive into the specifics of each.

iRacing is a professional-level simulator that offers great realism and precision, while Forza Horizon 5 is a bit more casual and forgiving, but still provides a great racing experience.

Despite the emergence of high quality and realistic racing softwares, iRacing has been the go-to software for sim racing enthusiasts around the world.

For us, this is completely deserved as iRacing provides some of the best and most realistic driving experience for sim racers of every level.

Of course, you can only get the ultimate experience when racing with the complete iRacing setup and hardware.

On the other hand, Forza Horizon has always offered a unique yet realistic experience with each of their new versions, including with Forza Horizon 5. 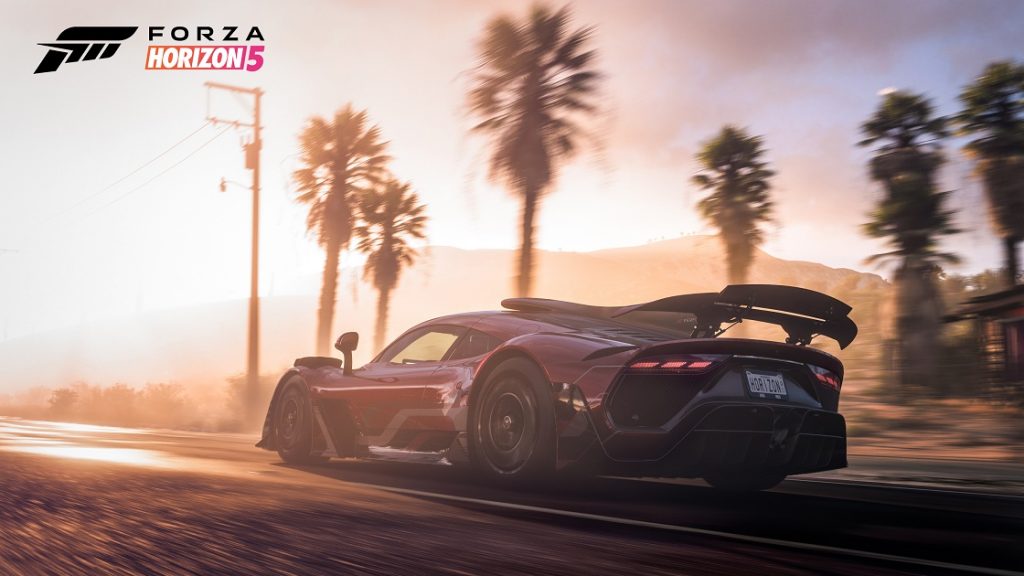 In terms of the racing environment, Forza Horizon is definitely different and unrealistic in a way that you will be racing in a fictional environment.

Nonetheless, the cars in Forza Horizon 5 are still realistic to drive and handle, especially when combined with the high sound quality and an accurate force feedback system.

iRacing has established themself as one of the best sim racing game by providing an excellent variety of cars and race tracks.

With more than 100 cars, the cars in iRacing covers the following categories:

As for the tracks, you can choose to race in more than 100 different tracks with approximately 350 configurations and layouts.

The majority of these tracks are inspired and replicated from real life racing venues.

Forza Horizon 5 is completely different from other racing softwares in terms of race tracks, when racing in Forza Horizon, you will be driving on a large map instead of tracks.

Each version usually has one huge map inspired by a real life country that you can race on.

For Forza Horizon 5, you will be able to race on a map inspired by Mexico.

Beforehand, you could choose to race with 504 different cars replicated from the real life models, including cars from elite manufacturers such as Mercedes, Lamborghini, and Ferrari.

When it comes to sim racing, the graphic quality does not get much better than the ones in iRacing.

A few years ago, the main problem with using the majority of sim racing softwares was that they were lagging and glitching problem during online races.

That has quite never been the case with iRacing as it has been known for its reliable graphics since it was first released over a decade ago.

Forza Horizon is known more as a game rather than a fully fledged racing simulator.

To compete in the sim racing market today, graphics quality is one of the most important factors that is prioritized by users.

Thus, you can expect top quality graphics when racing in Forza Horizon 5.

From a racing perspective, the details and smoothness when it comes to the manoeuvres of the cars in Forza Horizon 5 really is quite spectacular.

We mentioned how iRacing is one of the most realistic racing software to drive, part of it is due to the realistic car handling that may be quite hard to get used to.

Yes, it is well known that handling a car in iRacing can be difficult, but it is definitely still a freat motivation to learn and master.

Moreover, the ultimate racing experience will be felt once you are able to get the hang of car handling in iRacing.

With that said, the car handling in Forza Horizon 5 is still sophisticated and quite realistic. One thing for sure is that most racers will be able to get used to it at first try.

iRacing has always been exclusive for PC. This is probably the reason why iRacing still has not managed to reach out to many more users.

However, this is actually a good thing as PCs actually offer the best performance when it comes to sim racing.

After all, iRacing is made to cater hardcore sim racing enthusiasts who wants the most realistic driving experience.

Forza Horizon is available on both PC and console, specifically Xbox.

The software itself was first developed for Xbox and is not going to be available on Playstation, but PC users can download it on Steam for the same price as Xbox.

As you might expect, the FOV in iRacing is simply fantastic.

Moreover, it is highly adjustable in a way that it will still look realistic with different settings.

What comes off surprising here is how good the FOV in Forza Horizon 5 actually is.

Compared with other racing games, it is safe to say that Forza Horizon 5 has one of the best FOV out there, which like iRacing also comes with high adjustability.

The developers of iRacing have made sure that every track in iRacing is laser scanned. The only tracks that are not laser scanned are the ones inspired by fictional or historical racing venues.

Meanwhile, as races on Forza Horizon 5 are held in a fictional map inspired by Mexico, there is no laser scanning involved in the making of the map layout itself.

Rest assured, laser scanning is not needed for a software like Forza Horizon 5. After all, the developers have managed to come up with an outstanding map that you will not find anywhere else!

iRacing has established themself as one of the pioneers of online sim racing. In the sim racing communities, their online racing league is rightfully known as one of the most competitive online races that you can participate in on the get go.

In contrast, the main premise of Forza Horizon 5 really is their solo mode, where you can go on fun and thrilling races.

However, online races are also available once you unlock Horizon Life, which can only be accessed after completing the tutorial phase.

While both iRacing and Forza Horizon 5 are completely different racing software, the force feedback in both software feels quite similar.

Of course, each of them has their own default setting (which we recommend if you are new), but you can always adjust it to your preference in the settings menu.

Do not forget, no matter how accurate the force feedback in any racing software is, you will not be able to get the full experience without using a high quality steering wheel.

Check out our guide on the 9 Best sim racing steering wheels in 2022!

iRacing make use of a membership model that you can subscribe to with the following plans and link:

Here’s where you can instead dowload Forza Horizon 5 both on PC and Xbox.

So which one is better for you?

Alright so I hope you guys have made up your mind by now.

Just to recap, here are the things that iRacing excels at:

– Great graphics, especially on PC where all the details are shown in their full glory

Time for Forza Horizon 5 to shine:

– Lots of cars to choose from, all of which are beautifully designed

– The open game map is huge and filled with details, which makes it a joy to drive around.

Hopefully we’ve spread some light about the differences between both games, so you can choose for yourself which one is better suited for your racing preferences.

Now go ahead and downlod one of these racing games if you haven’t done so already!