Looking for the best racing simulator out there? If so, you’re probably wondering if Simraceway or iRacing is the better option.

Both simulators are great options, but each has its own strengths and weaknesses.

In this blog post, we’ll take a look at the pros and cons of each simulator to help you decide which one is right for you.

So, which is better? Let’s find out!

Released back in November 2011 it allows to host championships and live online races with up to 20 other drivers.

It’s actually difficult to say whether the company is still active since according to Wikipedia its servers were “shut down on August 14th, 2016, but recently brought back up”. 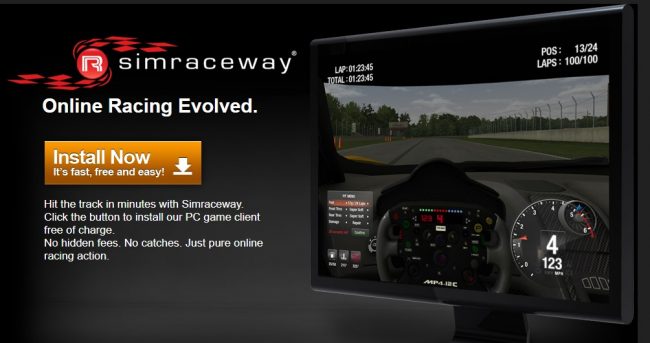 Why is Simraceway not as popular as iRacing?

According to the racing community, initially there was a lot to like about Simraceway it had a great hot-lapping leader-board, the online races were fun, but their pricing model was a bit too unrealistic back then.

That of course was pretty uncomfortable back then and it can’t quite be compared to the high quality and smoothness of driving on iRacing.

Is iRacing or Simraceway better?

iRacing is better. Being considered the best racing simulator together with ACC and rFactor 2, iRacing provides an incredibly accurate a realistic driving experience which is worth every penny of their monthly subscription.

iRacing has an outstanding level of cars and tracks reproduction quality making it way better than any other minor sim game out there.

Alright, so that’s our take on Simraceway vs iRacing. If you’re looking for the best racing simulator, then iRacing is definitely the way to go.

It offers an amazing driving experience that is unmatched by probably any other game out there.