Picking the right sim racing software can be really hard at times.

There are so many different choices on the market, and it can be tough to decide which one is the better one for you.

If you’re trying to decide between iRacing and rFactor 2, you’ve come to the right place.

Our goal is to help you decide between these two racing software by looking at few different factors including:

So let’s now get started with our in-depth comparison guide.

iRacing is one of the pioneers in the world of sim racing.

Released in 2008, iRacing is always known for its ability to provide racers with some of the most realistic driving experiences.

One of their features that stands out is the technicality and skill required to drive a car in iRacing, which many real life racers said to be very similar with driving real life racing cars.

After all, iRacing is highly popular amongst real racers who like to practice their skill off the track. 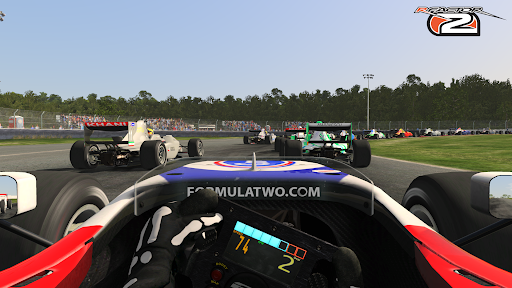 rFactor 2 was released years after iRacing, but it has established itself as one of the most realistic simulations to drive in.

If we are comparing aspects such as the graphics, sound quality, and technicality, we can say that rFactor 2 is more than good enough to hang with some of the best sim racing softwares around.

For us, the thing that stands out with rFactor 2 is their excellent AI.

How does an AI affect your overall sim racing experience?

Well, AI is not only about how the other cars gradually adjust to your skill level, it also involves the strategies and technical manoeuvres that they are capable of doing during offline races.

iRacing has up to 100 different cars that you can choose from. While not all of them are free to use, they did a great job in covering the following categories:

Once you choose your car, you can race in more than 100 tracks that cover real life tracks, historical venues, and fictional tracks. Additionally, these tracks are available in approximately 350 different layouts and configurations.

rFactor 2 has a more limited option in terms of cars with 71 different cars, made of replicas and fictional cars that are inspired by real racing machines. While it does have less options for cars, rFactor 2 provides up to 228 tracks with 430 layouts that you can race on.

Previously, graphic quality was probably the last thing that simulation racers would care about after other factors such as car handling, force feedback, and even sound quality.

However, the appearance of softwares like iRacing and Assetto Corsa has proved that graphic quality can drastically improve your overall racing experience.

Now, graphic quality is one of the determining factors for new racers to try out a new simulation. 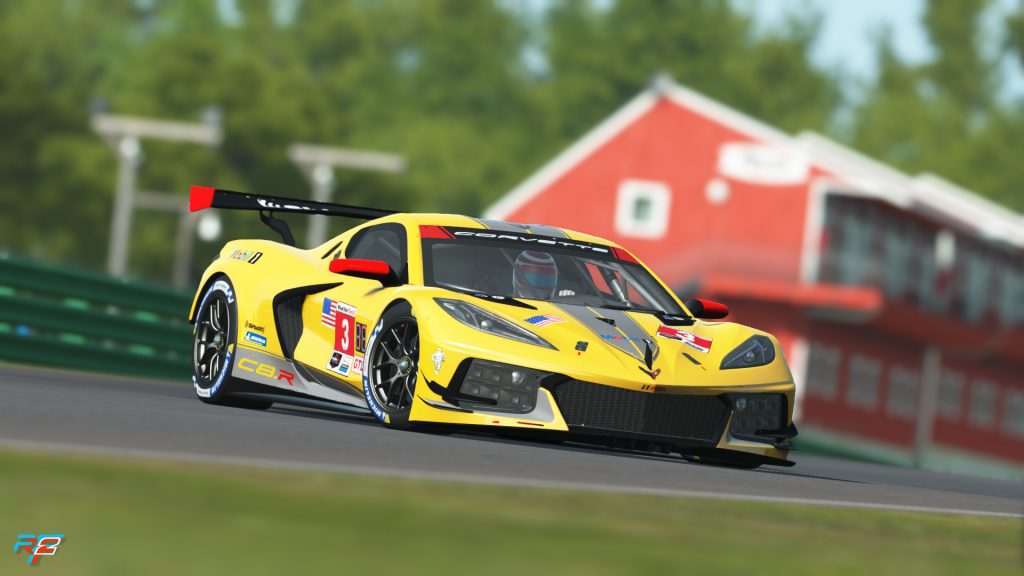 At first glance, you will notice that the onboard view in iRacing feels like you are sitting down on a real life racing car, especially when you are using VR.

iRacing is one of the frontrunners when it comes to racing simulation with the best graphic quality.

Additionally, you can expect some of the best graphic details in terms of the overall racing environment including the crowds.

On the other hand, the graphic quality in rFactor 2 is not something that people often talk about.

However, rFactor 2 actually has an excellent graphic quality that is more than enough to provide you with some of the best simulation racing experience.

We particularly like how the graphic is so detailed when it comes to racing under different weather, which brings you to a whole new level of realism when racing with this simulation.

iRacing and rFactor 2 are completely different in terms of car handling, but we have to say that both softwares deliver a highly realistic car handling experience.

With iRacing, you know what you will get, an ultra realistic car handling where it may be extremely hard for beginners to get used to.

Once you are able to get the hang of it, the car handling in iRacing really makes iRacing special and much more immersive.

In contrast, the car handling in rFactor 2 is much easier and accessible for sim racers of every level. Despite being much easier to adapt with, rFactor 2 is still very realistic and backed with some of the best force feedback that you can find!

iRacing and rFactor 2 are both only available on PC.

While it is unfortunate for console users, the reason behind this exclusivity is that the PC is capable of delivering both simulations at a much better performance.

As mentioned above, both iRacing and rFactor 2 is more of a niche software used mostly by racing enthusiasts, so most of their users do not find any problem with them being exclusive on PC.

The good news is that you do not need expensive PCs with high performing hardware to enjoy either simulation. In fact, you can get a decent experience racing with PCs with only 3-4 GB performance memory.

The FOV (Field of View) in both iRacing and rFactor 2 is what you would expect from the best racing simulations. In general, there is absolutely nothing that we can complain about, the FOV feels highly immersive especially when you are racing with VR.

If you have any problem with the FOV in either simulation, you can always adjust the FOV to your likings in the settings menu.

Laser scanned tracks are one of the most important features that sim racers look for when choosing a the best racing software to use.

What it does is it will make sure that the tracks that are replicated from a real life racing track will be available with high attention to every detail, especially the layout.

The majority of tracks in both iRacing and rFactor 2 are laser scanned. The only tracks that are not laser scanned are some of the historical venues and fictional tracks available on both games.

In iRacing, most of the simulation is dedicated to its sophisticated online multiplayer system.

You will be able to participate in events and racing leagues participated by racers of your skill levels.

It also has a licensing system which has helped a lot of racers to set targets and make the racing experience much more exciting overall.

rFactor 2 is no different, it has a versatile online multiplayer system where you can set up your own lobby to race with your friends.

Additionally, you can also participate in online races and events if you are looking for a more competitive race.

Force feedback is a crucial element that will drastically affect your racing experience.

After examining both simulations, we can say that the force feedback in iRacing and rFactor 2 is very precise.

iRacing is great because you can always expect reliable accuracy and timing with each manoeuvre of your car.

If you are comparing with rFactor 2, you will notice that the force feedback in rFactor 2 is relatively lighter and smoother compared to other softwares including iRacing.

In the end, you can always adjust the force feedback to your preference in the setting menu of both games.

Check out the table below for the best deals in iRacing:

rFactor 2 relies on a different model as iRacing and you can have permanent access after downloading from the following link for just $31.99.

So let’s get to the bottom line – which one is better?

In my humble opinion I feell that iRacing is a clear winner when it comes to overall features.

It offers superior visuals, force feedback, multiplayer system and track selection as well as the in buil iRating and safety system.

It also offers a wide range of cars that can be driven on different types of tracks.

That being said, rFactor 2 should not be underestimated by any means.

It also has the advantage of being cheaper than iRacing since you won’t have to pay a monthly or yearly subcription.

As a result, you can simply buy rFactor 2 and be done with it.

In the end, it all boils down to what you are looking for in a racing simulation.

Both of these options could honestly be the best racing simulators available in the market includin Assetto corsa and ACC.

So, which one is the best? It really depends on what you’re preference

We hope you found this article helpful.