iRacing Vs Assetto Corsa: Which is Better in 2022?

It’s a question that has been asked by many gamers and sim racers, which is the best sim racing game: iRacing or Assetto Corsa?

If you’re not sure what to get, this post will help you decide.

It breaks down their similarities and differences so that you can make an informed decision based on your needs.

You’ll also find in-depth reviews of each game to help you answer the question: Which one is the right one for me?

Our goal is to help you decide between these two racing games by looking at a few different factors including:

So let’s finally  get started with our comparison guide. 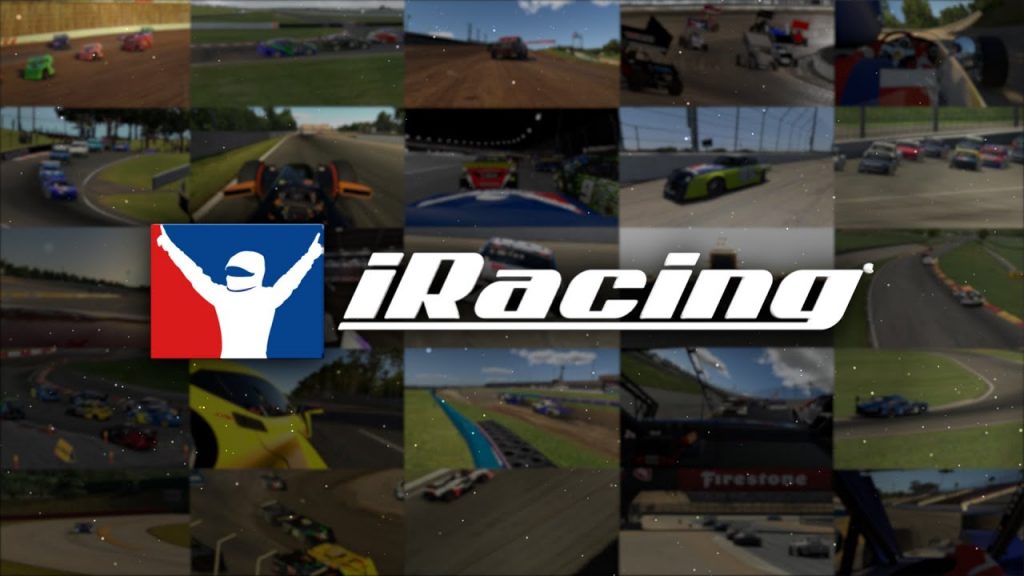 In this article, we will compare the two racing games that have been the most popular for a while now.

Both of them offer awesome graphics and car variety but how do they differ from each other?

If you’re looking for an answer then keep reading!

To make sure these comparisons are as fair as possible I’ve decided not only look at what kind of tracks and vehicles come with each game but also their price points ($).

Our review covers the differences of the two games based on realistic driving, car handling, beginner frendliness and variety of cars and tracks.

In short, here’s how we can summarize the two: 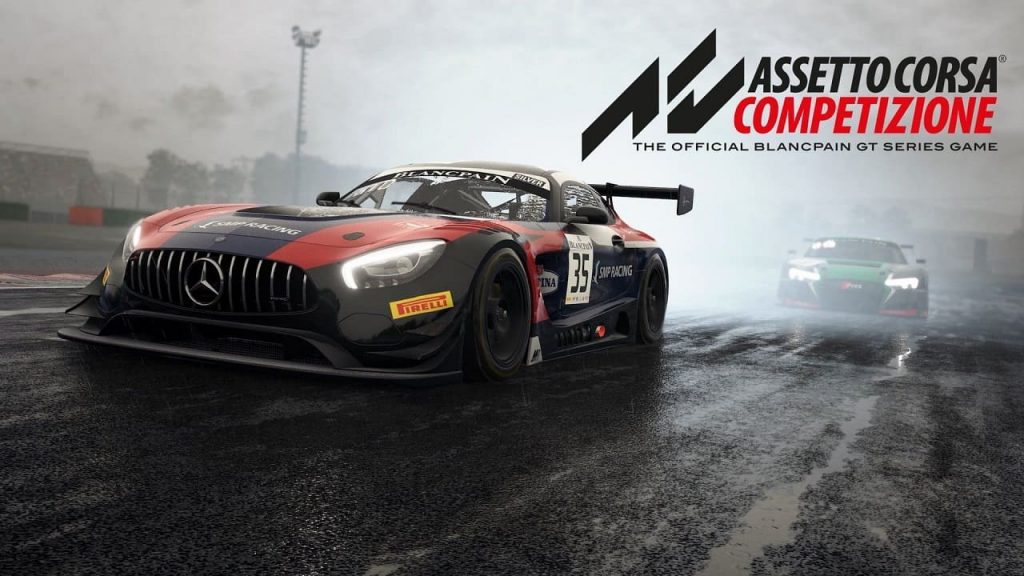 It is safe to say that both simulations offer a very realistic driving experience, some might say that the difference between both sim games with the rest is simply incomparable.

When you are driving on either simulations, it involves technical skills such as gear shifting, rallying, and many other racing skills that real racers frequently apply in real life racing.

Technically, there are quite big differences between the two (which we will discuss more about below), but for us it does not affect the realistic feeling that we get when driving in both simulations.

In the end, the level of immersion and realism when driving depends on the racing hardwares you have on your racing setup.

If you are using a complete racing setup with a steering wheel, switch, brakes, a racing seat, or even a motion platform, you will practically be driving a real racing car in the comfort of your desk.

On the other hand, a lot of simulation racers who use simpler controls such as a joystick can still get a realistic experience by taking full advantage of the audio during the simulation.

Both iRacing and Assetto Corsa is more than just a racing simulation for you to practice and emulate real life racing.

Each simulation has huge followings from all over the world, mostly by race enthusiasts who care deeply about each and every details of the race, including what type of cars and where they are racing.

As the pioneer of simulation racing software, iRacing offers more than 100 cars that you can choose from. Each and every one of their cars are modelled after the real life version and is divided into the following categories:

With those cars, you will be able to race in more than 100 different tracks with over 350 configurations.

Assetto Corsa offers a different angle by officially working together with car manufacturers by licensing their car, meaning that every car in Assetto Corsa is exactly similar to the real deal.

That means that there are slightly less cars to choose from in Assetto Corsa, but it still includes more than 150 cars from manufacturers such as Alfa Romeo, Audi, BMW, Ferrari, Ford, Lamborghini, McLaren, Nissan and many more.

In terms of tracks, there are only 11 tracks to choose from in a standard racing mode with Assetto Corsa, but you can explore hundreds of mods that can be downloaded for free online.

iRacing and Assetto Corsa have evolved rapidly over the years, with constant upgrades including in their graphic quality. Both simulations have excellent graphics quality, but for us iRacing has the slight edge when it comes down to every detail of the graphic.

When you are viewing the race from a first person point of view, you will hardly notice any major graphic problems in either simulation.

However, iRacing does a better job in providing graphic details on every part of their simulation, including the details of the racing environment.

In the past, iRacing was clearly ahead of Assetto Corsa in terms of graphic quality, especially when it comes down to both environment and racing display details.

Regardless, Assetto Corsa has done a great job in catching up, and you will no longer experience any lags or an awkward display during your race.

Another important thing to note is that the graphic quality ultimately depends on the specs of your device.

Using a console will provide you with decent graphic quality, but PC users will enjoy even better graphics especially if their PC has the Intel Core i5-4430 at minimum.

Us racing enthusiasts are very fortunate to live in an era where there are an endless choice of racing simulation and games to play.

While both iRacing and Assetto Corsa are undoubtedly the best, casual gamers are often more familiar with other games such as Need For Speed, Gran Turismo, and other racing games, which really is not a bad game by any means.

However, most first-timers will have a hard time handling the car when racing in both simulations, especially iRacing.

iRacing is a software that real life racers use to practice their racing skills. During the pandemic, many of them even participated in online racing events using iRacing.

Considering that iRacing also has a licence system to rank your skill level, cars in iRacing can be absurdly much harder to control than cars in any other games or simulator, including Assetto Corsa.

Unlike iRacing, most beginners find Assetto Corsa much easier to handle, which really is the reason why most casual racers may opt for Assetto Corsa instead of iRacing.

Keep in mind that being easier to handle does not mean that Assetto Corsa is less realistic.

In fact, many argue that Assetto Corsa provides finer details when it comes to drifting compared to iRacing, which is still a popular debate amongst online racing communities around the world.

In contrast, iRacing is actually not accessible for people wanting to play with consoles, and this comes with a valid reason. iRacing was created by a racing geek who wants to cater racing enthusiasts all around the world, thus the harder handling and license system.

By being exclusive on PC, iRacing is much more versatile and they can upgrade their software and make it more accessible to every one of their users.

Racing on PC using a full racing setup is actually much more realistic than racing on console, but racing on console does have its own benefits such as offline multiplayer race which really is a fun thing to do with your family and friends.

FOV is a key factor in both iRacing and Assetto Corsa. In short, FOV (field of view) is your point of view when you are in your simulation racing car (whether in VR or not), it measures the amount of things that you can see ahead and around your car when racing. While there are slight differences in both iRacing and Assetto Corsa, both games allow you to adjust the FOV according to your likings, so make sure to test out multiple settings until you find one that favoured you the most!

For those ones who didn’t know, laser scanning is a process when real track layouts are scanned and copied in order to come out with exactly the same track in the simulation. As 2 of the leading racing simulators in the world with over 100 tracks combined, it goes without saying that both iRacing and Assetto Corsa utilize laser scanning to make both simulators more realistic.

You can search online for comparison videos on the same track raced in Assetto Corsa and iRacing. While there may be slight differences in graphics, you will see that both simulations have successfully replicated each and every detail of the track they provide.

Just like any other sport games/simulator, sim racing is highly competitive. While racers do use it to simply improve their racing skill, there is no better way to enjoy both iRacing and Assetto corsa than competing in online races.

With iRacing, online multiplayer racing is essentially their main premise. Built around a license system which works as ranks to separate racers according to their skill levels, you can enjoy racing competitively in iRacing regardless of your skill level.

Assetto Corsa is also available to be played online, and they have competitive events such as the Assetto Corsa online racing league which you can always participate in. The good news is that there really is no stake in your hand and you can always improve after each race!

As mentioned above, iRacing is only available on PC. Since iRacing utilizes an online league system, iRacing requires you to purchase membership instead of buying the simulation as it is. Depending on the time period, you will have to renew your membership at the end of each period. Here are the prices along with the link to download:

On the other hand, the prices on Assetto Corsa varies according to which version you decide to purchase/download:

So, which game should you pick? Well, it’s up to you.

We’ve given the pros and cons of both games in our review so that you can make an informed decision on your own with what we think is best for beginners vs simulation drivers.

With all this information at hand, choose wisely!

And if you’re not sure yet or want even more input before making a choice then play with both versions by downloading them today (or sign up for their free trial).

You’ll be glad that you did!