Have you been wondering what the hype is all about in Assetto Corsa?

This Assetto Corsa review will give you an in-depth look at the game and all of its features.

The game was released on the 19th of December 2014 and it create lots of buzz in the sim racing community. You can imagine how long sim racers have been waiting for it thanks to its new revolutionary graphics and car selection.

What is Assetto Corsa? 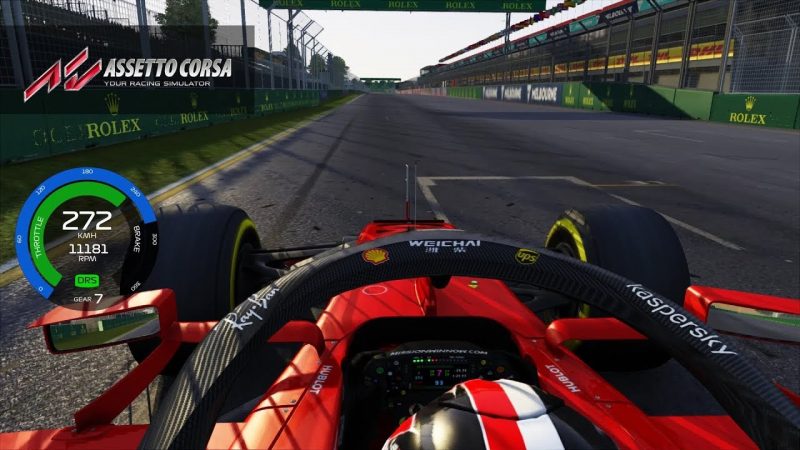 They focused on creating a realistic racing simulator that is also highly customizable and moddable which made it a very popular game with the sim racing community.

What engine does Assetto Corsa use?

Assetto Corsa uses a modified version of the Unreal Engine 4 which allows for some amazing graphics and realistic car physics.

That’s truly phenomenal in terms of immersion and driving realism. 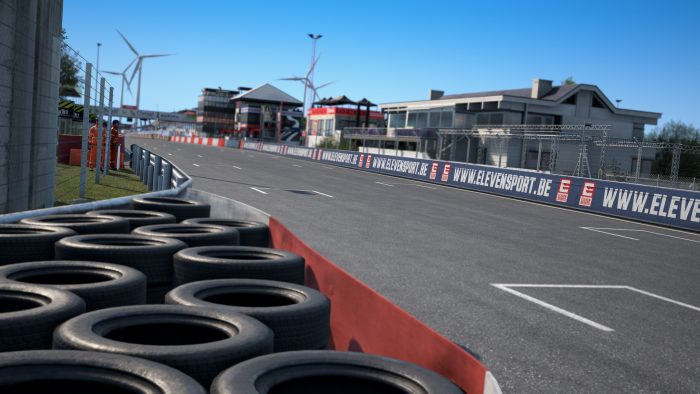 Yes, I can tell you that as a former GT3 and Formula 2 racer it’s quite difficult to distinguish simulation from reality while racing on AC.

It really is that impressive!

I think only iRacing is able to keep up to that level of realism, in fact the two games together with ACC are the unquestioned market leaders for professional sim racing.

Not only will Assetto Corsa give you a realistic racing experience, it will also give you the ability to extensively customize the car’s setup and game to your liking.

For example, you can change the weather, time of day, track and car settings to create an experience that is truly unique to you.

Absolutely yes and that’s what we love from this game.

Being able to laser scan dozens of circuits is extremely expensive and requires a huge investment, though the ROI in terms of immersion and graphics quality is simply amazing.

You can feel the bumps, kerbs and every inch of the track while driving.

Not only that but also all the braking references and the pitlanes are exactly the same.

We have to give big credit to Kunos Simulazioni for this amazing attention to detail which many other sim racing games are unwilling to cover.

How much does Assetto Corsa cost?

So if you would sum them all up it would cost a total of $70.64 which is a bit pricey but it’s well worth the money if you’re a fan of racing games and cars.

Where to buy Assetto Corsa? 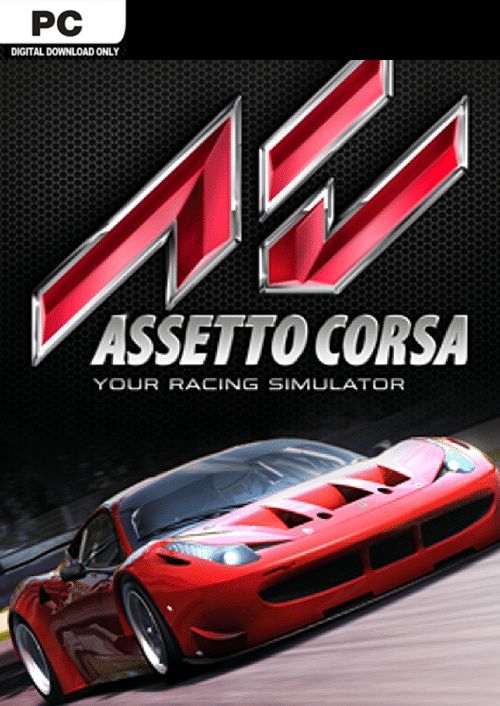 If you’re planning to use it on a PC, you can purchase it on Steam by clicking this link and it will cost you around $20 for the standard version.

Once you buy it you’ll then be able to download it on Windows directly from the Steam marketplace.

For Xbox it will cost you $24 instead and you can access it from the Xbox marketplace.

For PS4 it will cost you $39.99 for the Ultimate Edition pack and you can get it directly from the PlayStation Store.

Is Assetto Corsa available for Xbox?

Yes, the game is available for Xbox One and Xbox X/S.

I guess that’s awesome for all the Xbox fans out there!

Is Assetto Corsa available for PlayStation 5?

Yes, fortunately the game is now available for PlayStation 4 and PlayStation 5 which is great news.

I’m sure many people are eagerly waiting for it to come out!

I’m sure you’re excited to try it out on the new console!

Absolutely, the game has seen a massive boost in popularity especially after Covid-19.

It’s now considered one of the best racing games on the market and with good reason!

Many people are calling it a “must have” for any racing game fan.

Is Assetto Corsa worth it?

Okay, here’s the thing: if you are truly committed to making a name for yourself in the sim racing world, then Assetto Corsa is the way to go.

No other game can offer the level of realism and customization that this one does, though it’s not free and it comes at a price, but that’s the same for most of the other racing games.

In the end, it really depends on what you’re looking for in a racing game.

If you just want to casually race with your friends and have some fun, then I would recommend something like Forza Horizon 4 or Gran Turismo Sport.

But if you’re looking for a more serious racing experience then I would say that Assetto Corsa and iRacing are the way to go.

Thanks for reading! I hope this article was helpful 🙂

It can be depending on your driving skills and preferences.

Obviously, if you start from zero in sim racing it may take you a while to get used to the game.

Though don’t get discouraged since everyone had to begin from zero at some point.

Is Assetto Corsa a simulator?

Yes, it’s considered one of the most realistic racing games on the market. That’s thanks to its Unreal Engine 4 graphics which offer a high level of immersion.

Can Assetto Corsa be played offline?

Yes, you can play it offline

No, the game requires a good enouh gaming PC to run smoothly.

Can Assetto Corsa be played on a console?

Yes, it’s available for Xbox One and PlayStation 4 and 5.

Why is Assetto Corsa so expensive?

Every sim racing games come at a price and if you’re serious about making a name for yourself then you’ll need to invest in one.

Assetto Corsa is known for its high level of realism and customization, making it one of the best racing games on the market.

Is Assetto Corsa for free?

No, the game is not for free. It costs around $20 for the PC version and $39.99 for the PlayStation 4 Ultimate Edition pack.

No, differently from games like Forza 7 and Gran Turismo Sport, Assetto Corsa is not an open world game. It’s a typical track racing game where you compete in races against other drivers on professional real-world circuits.

No, Assetto Corsa is not cross-platform. It’s not possible to play with players on other platforms.