Have you been wondering what the hype is all about in Assetto Corsa Competizione?

So it’s no surprise that when it comes to sim racing, fans want to experience those kinds of GT3 brands behind their simulator wheel.

The Italian developer Kunos Simulazioni has worked hard on Assetto Corsa Competizione in the past few years, a new game built on Unreal Engine 4 that promises to deliver those very experiences.

Is it time for you to jump into the driver’s seat?

Here’s our review to help you decide.

What exactly ACC is and what’s the difference from Assetto Corsa? 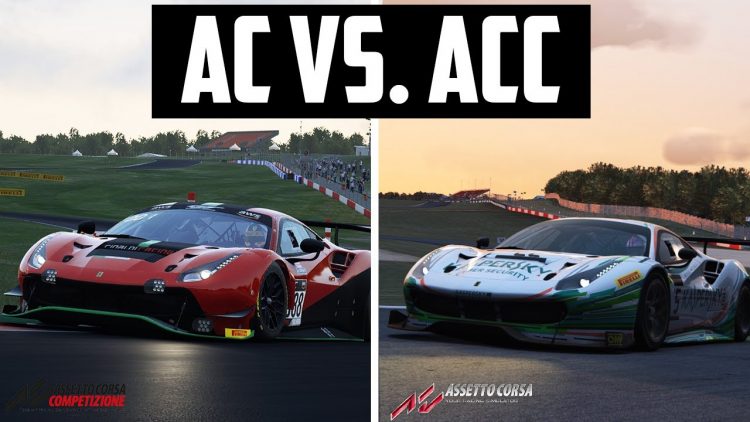 Essentially the major difference is that ACC is an officially licensed simulator of the Blancpain GT Series, while Assetto Corsa is not.

This means that ACC contains all the real-world tracks, teams and drivers of the Blancpain GT Series.

In Assetto Corsa you’re limited to a selection of tracks and cars from various racing series, with no officially licensed content.

That’s not to say that Assetto Corsa is a bad game, but it’s clear that ACC is the more serious sim racing game of the two, aimed precisely at fans of GT3 and GT4 cars.

ACC is in fact set in the Blancpain GT Series Sprint and Endurance Cup, one of Europe’s most prestigious and challenging GT racing series in the world.

You’ll be competing against some of the best drivers on some of the most challenging circuits out there.

What cars are on ACC? 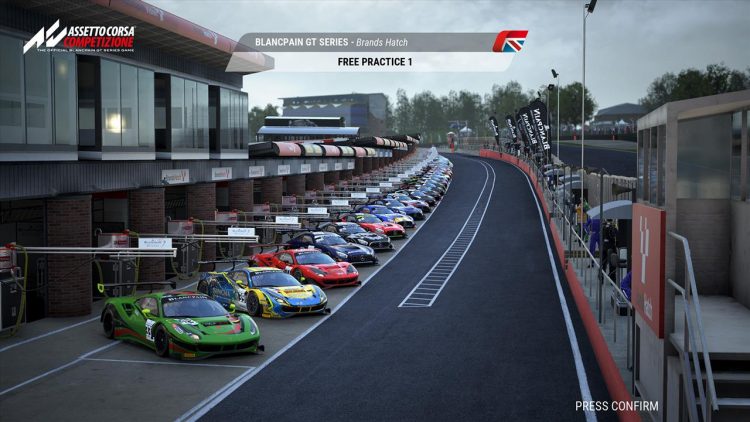 The game features a wide variety of cars from brands like Audi, Bentley, BMW, Ferrari, Lamborghini, McLaren, Mercedes-Benz and Porsche.

There are even a few Nissan, Aston Martin and Lexus in the mix which in total add up to 13 GT3 cars and 11 GT4 cars.

What tracks are on ACC? 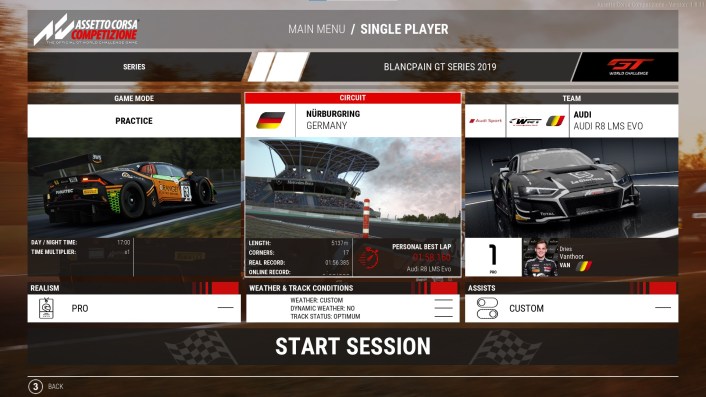 On ACC you’ll be racing on all those major GT3 tracks that are present in the GT World Challenge (Blancpain) series.

Some of the tracks have multiple layouts, so you’ll never get bored.

The total number of officially licensed circuits amounts to 16 so far, which is not a huge selection though the quality of them is just insane. 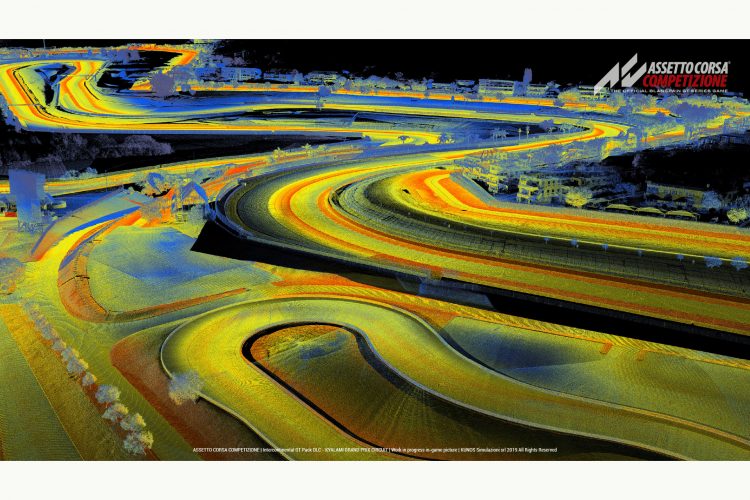 Absolutely yes, and that’s what makes this game awesome to drive!

Every surface, curb and elevation change has been accurately reproduced on the tracks, making for an extremely realistic driving experience.

You’ll feel every bump and every camber change as you race giving you the feeling of really being into a real GT3 car!

In Zandvoort for example you’ll feel it so realistic when you go into the banked section of turn 1 and turn 4 giving you that wow sensation.

We’re happy to say that ACC looks and sounds amazing.

The graphics are some of the best we’ve seen in a racing simulator, with realistic car models and some of the most detailed environments you’ll ever race on.

The sounds of the cars and the circuits are just as good, if not better than what you would hear in the real world.

That’s partially thanks to the Unreal Engine 4 that is powering ACC which is top of the class in terms of graphics and audio. 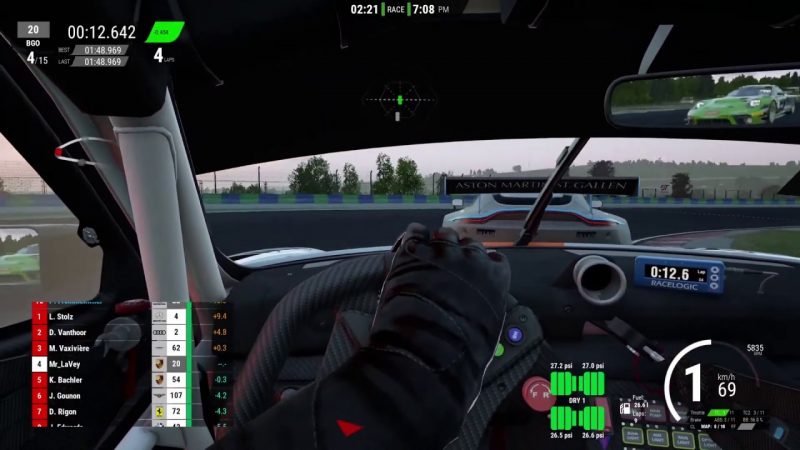 ACC is very unforgiving when it comes to mistakes, just like a real GT3 car.

You need to be very precise with your inputs and have a good understanding of the car and the track if you want to be competitive.

If you’re not used to such a high level of realism, then it might take some time to get used to ACC’s gameplay.

But once you do, you’ll be hooked.

Is ACC good for beginners?

Assetto Corsa Competizione can be a challenging game, even for experienced sim racers.

But don’t worry, there is a lot of help available in the form of driving coaches and car setup options that you can play around with.

There’s also a very active and helpful community on the game’s forums, so you can always find someone to help you improve your lap time performance. 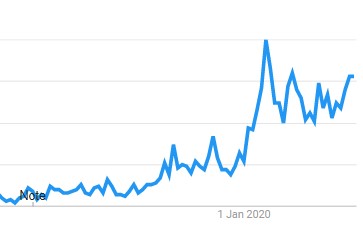 As you can see the popularity of ACC has always been trending up and recently picked up even more interest after Covid. Which means that both PRO sim racers and beginners are enjoying the game and keep coming back for more every sinhle day.

How realistic is assetto corsa competizione?

It’s very very realistic. Just think about the fact that all the tracks are laser scanned.

Even the cockpit of the cars feels just like being into a GT3 or GT4.

There are so many adjustment options for you to play with to make the game as realistic as possible.

This game was made to be a simulator, not an arcade game.

In fact if you’re looking for a more realistic experience and don’t mind spending some time to learn how to play the game, then ACC is the game for you.

How much does ACC cost? 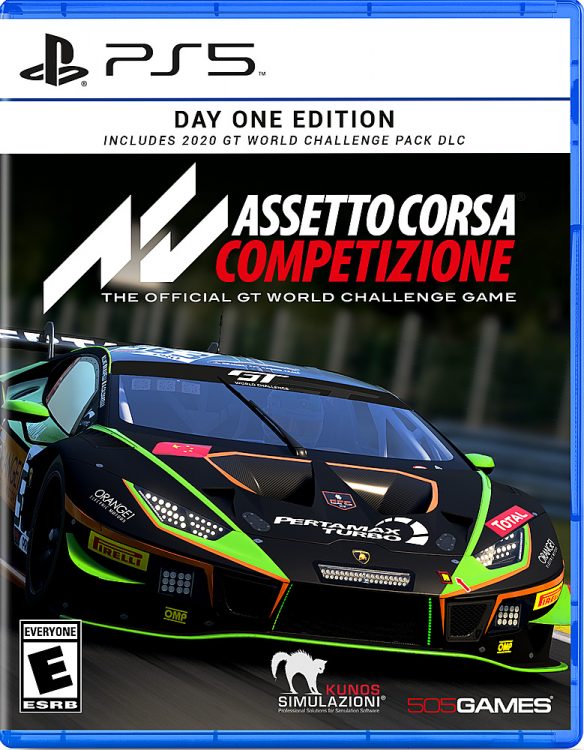 The basic ACC package sells for $39.99 but it adds up to nearly $97 if you purchase all the extra DLC packs.

To me they’re really worth every single penny in my opinion because you will get to drive on legendary tracks like Laguna Seca, Bathurst and Brands Hatch.

Where to buy assetto corsa competizione?

For PC users ACC retails for $39.99 on Steam, and that’s a great price for the amount of content that you get. In addition to that, you could buy extra DLC packs including the GT4, British GT and Intercontinental GTpack that in total cost $56.96.

So if you add that to the standard package, you’re looking at a total of $96.95.

And what about console users?

On Xbox it will cost you $39.99 for the basic package which is the same as the price on the PlayStation Store.

Yes, yes and yes again! ACC has reently announced a console update which allowed to release the game for both PS5 and Xbox X|S.

That’s great news for all the console players out there, and it just goes to show how committed the developers are to making ACC the best racing simulator out there.

Is ACC worth it?

Well, if you’re so passionate and serious about sim racing that you want to feel as close to the real thing as possible, then ACC is definitely worth it.

The level of realism that you get with this game is unparalleled, and the amount of content you get for your money is pretty good too.

But to be honest, if you’re just starting out and are looking for an easy and more forgiving racing experience, then ACC might not be the game for you.

ACC is an amazing racing simulator that provides the most realistic experience you will ever find together with iRacing.

The graphics and audio are outstanding, and the gameplay is very challenging but rewarding.

Hope you have a great time playing ACC!

Is ACC a different game from Assetto Corsa?

Does ACC use Unreal engine?

No, that means you can’t play with users on a different device or platform..

Does ACC have free roam?

That’s because the developers aimed to create a more realistic and challenging experience and separate themselves from the less professional arcade gameplays.