On the 18th of July Extreme E announced that Xbox Game Studios’ Turn 10 Studios will be the electric racing series’ official gaming partner.

This means that the Extreme E Odyssey 21 electric SUV will therefore be certified as an officially licensed Forza vehicle.

That’s awesome since from now on Forza Horizon 5 players will be able to get behind the wheel of that vehicle, and Extreme E will showcase the game on Xboxes at all of its upcoming events.

As a result, race teams and drivers will be able to play with the electric vehicle through simulators at the races. 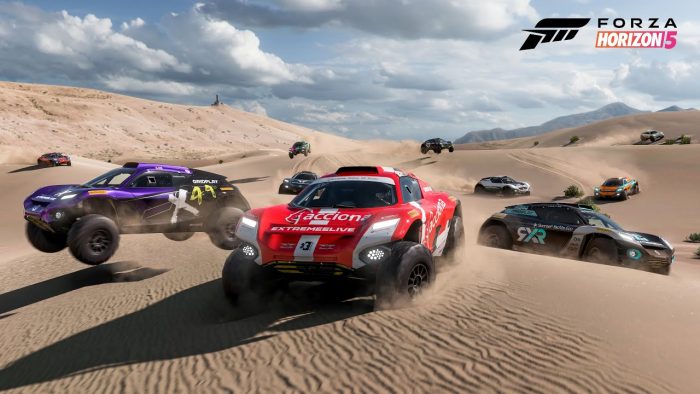 We imagine that Turn 10 has worked really hard at making the experience as authentic as possible, to give a very realistic close-to-first-hand experience of driving an electric SUV veichle.

What can FH5 players expect from it?

Players will not only be able to drive the electric SUV, but they’ll also be able to win all 10 team liveries while playing the game.

They will also be able to unlock additional bonuses, such as billboards and race dressing, which will all be featured in Forza Horizon 5’s evolving world.

What’s the race format of the Extreme E series?

The fictional Mexican world created for the FH5 game will feature Seasonal Championships that takes drivers to different locations every week to drive the Odyssey 21 in Dirt and Cross Country races.

Here’s a recap of the seasonal championship events schedule:

As you can see, each season will have a different focus, with the first race being an island-based event that will take place on the east coast of Mexico.

Of course remember that all these places are ficticious, but the extreme conditions will make for some interesting races nonetheless.

So there you have it, the Extreme E electric SUV is coming to Forza Horizon 5.

We can’t wait to see how Turn 10 Studios has designed the features in Forza Horizon 5 to make the most of this new partnership!