How to Connect Triple Screen Monitors in Sim Racing

Triple monitors are great for sim racing because they allow you to see more of the track at one time.

This is especially helpful when trying to set a flying lap in qualy or when you need to drive around in lap one of the race possibly avoiding any kind of crash ahed.

The best way to set up triple monitors is by using an active DisplayPort hub.

Another way is by using an HDMI cable though it often times will only support 2 screens. 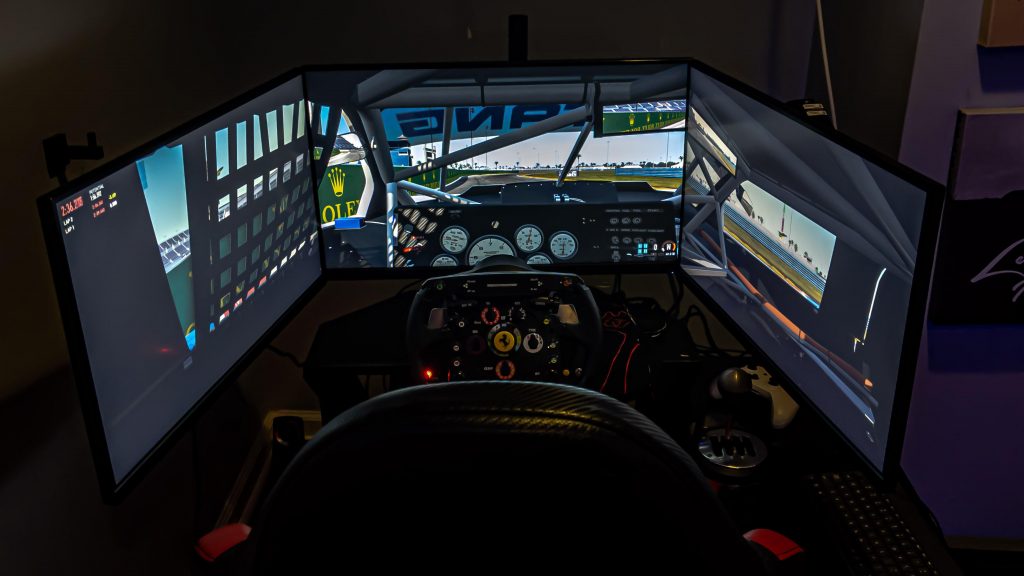 In fact I feel that the DisplayPort connection is better because it supports more than 2 screens and it provides a cleaner display.

Whichever way you decide to go, make sure that the gaming PC is set to output in 1920×1080 or higher to get the best resolution on all 3 screens.

However not all games support such resolutions so it is something you need to check before going through such complications with your hardware and software!

Another thing that can be done is using a triple monitor stand which will help you get the most out of each screen.

Triple monitor setups are used to get a better view of the race so you can see further around your car.

You might also be able to see something that may happen ahead of you, sooner than it would if you were using 2 or even just one monitor.

It is highly recommended for online sim racing where crashes are more likely to happen due to the close proximity of cars on the track.

Remember, there are two ways to set up triple monitors for racing:

Whichever way you choose, make sure your gaming PC is outputting in 1920×1080 or higher resolutions so you don’t lose any image quality on any of the screens.

Additionally, you might want to look into getting a triple monitor stand to make sure that each screen is being used to its maximum potential!

Have a look at our triple monitor stands reccomendations! 🙂