RaceRoom Racing Experience has been around for a while, and it still remains one of the best sim racing games on the market.

While the game is amazing in 2D, it’s even better in Virtual Reality.

In this guide, I’ll be talking about my experience with RaceRoom Racing experience in VR, as well as sharing some settings that might help you get the most out of the game.

Here’s a quick screenshot to introduce you some of the best VR settings for driving on RaceRoom. 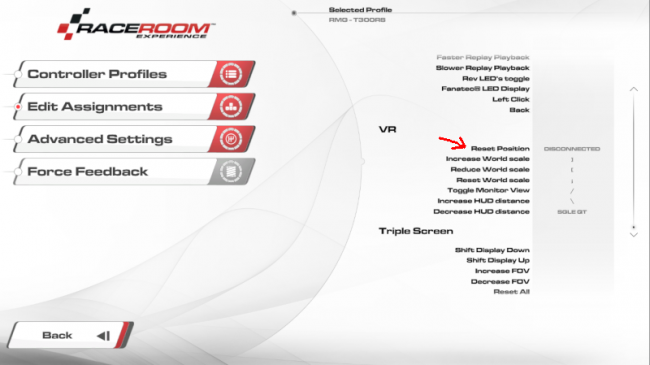 Having said that, let’s get started!

RaceRoom supports VR on both the HTC Vive and Oculus Rift making the whole experience just a bit more immersive.

You’ll want to follow the recommended system requirement of your PC as well as your VR headset configuration in order to have it run properly. 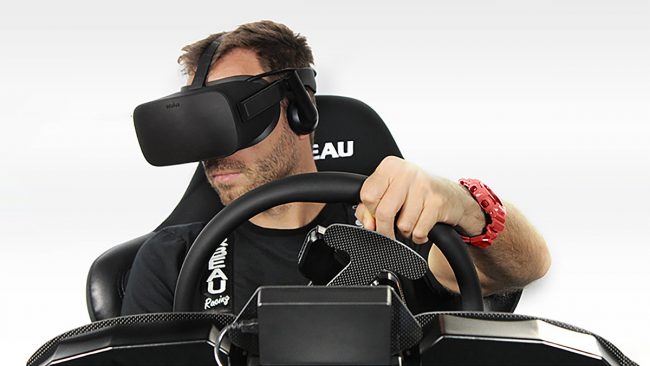 We’re soon going to have a look at what kind of settings and requirements you need to run RaceRoom VR.

How do you use VR in RaceRoom?

For you to get started using Steam VR in Raceroom, you’ll want to follow this step by step process: 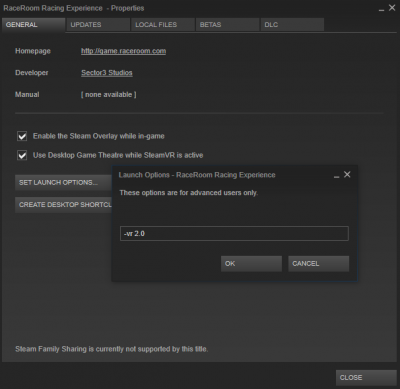 Let’s now have a look at the entire Raceroom headset device compatibility according to the most popular VR brands including Oculus and Valve Index.

The Valve Index offers great compatibility with RaceRoom VR. The headset has an awesome resolution as well as refresh rate which will give you a great VR experience.

You’ll also need to make sure your PC has the right specs in order to run the game at its best.

The HTC Vive is another headset that offers great VR compatibility with RaceRoom. The Vive usually has a higher price tag than other headsets, but it’s worth the investment.

Just like the Valve Index, you’ll need to make sure your PC has the right specs.

The only downside is that you might need to upgrade your PC in order to get the most out of the game.

Windows Mixed Reality is Microsoft’s answer to VR, and while it may not be as popular as the Oculus Rift, it does offer decent compatibility with RaceRoom VR.

It offers a great sense of immersion as well as the ability to interact with the in-game environment.

Just like the other headsets, you’ll need to make sure your PC has the appropriate specs in order to get the most out of Raceroom.

Now that we know a bit more about which VR headsets to use, let’s have a quick look at the PC requirements for RaceRoom VR.

As you can see I’ve outlined both Minimum and Recommended Specs, just keep in mind that these are only the bare minimum and you’ll want to have a PC that is closer to the “Recommended” specs in order to have a great VR experience.

In terms of graphics settings you’ll still want to be careful and make sure they’re properly set to avoid frame drops, as it can really ruin your VR experience.

I usually try and keep the following setting to get the best VR experience using RaceRoom.

Just note that the settings below are specifically related to the Oculus Rift, though they might still work as well for the other VR headrests.

In terms of visible cars, you can play around between 10 and 15 though I would not exaggerate since it could lead to fps drops. 12 is a relatively good number.

When it comes to performance, it’s important to stress that each PC is different and that the performance might vary.

What I can say for sure, however, is that you’ll want to make sure your PC is close to the Recommended Specifications if you want to have a great VR experience.

If you’re not sure whether your PC is capable of running RaceRoom VR, you can always check the official website for more detailed information.

How to fix black screen on RaceRoom VR?

If you’ve tried Raceroom in VR but have recently experienced a total Black screen, don’t worry, you’re not alone.

Quite a lot of people have been reporting this issue and the solution is pretty simple. 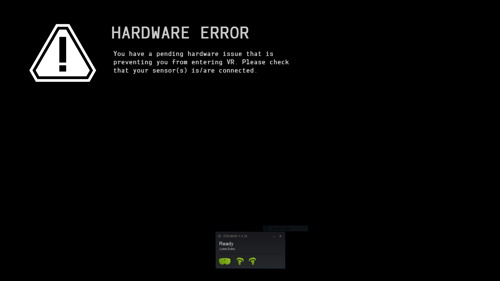 I went through the main RaceRoom forums and realized that it’s actually a menu settings issue.

You in fact need to assign “Display VR menu on Monitor” to a key on your keyboard in normal mode so that when you then launch VR, you just press the button when the game starts and the menu will show back up on your monitors.

I know it’s quite frustrating, but you’ll see that by doing this, it will almost 100% of the times fix the black screen issue.

Is RaceRoom VR worth it?

Absolutely! If you have the right specs for your PC and you’re using a VR headset, then RaceRoom VR is definitely worth it.

The immersion you get from racing in a virtual reality world is second to none and I would highly recommend it to anyone who wants to get the most out of their RaceRoom experience.

There you have it, a quick guide on VR headset compatibility and PC requirements for RaceRoom VR.

I hope this article was helpful and that you now have a better understanding of what you need to enjoy this amazing VR experience.