Are you looking to know which tracks are available on Nascar Heat 5?

Today we’re going to take a look at those tracks and what makes them so special.

So put on your racing gloves and helmets, because it’s time to start speeding around the track!

How many tracks are there in NASCAR Heat 5?

There are a total of 30 tracks that you can choose from when racing in NASCAR Heat 5.

As the game itself emphasizes NASCAR racing, you will find a lot of NASCAR licensed tracks in the software itself.

What tracks are in Nascar Heat 5?

The 30 tracks that come in NASCAR Heat 5 are divided into the following categories: 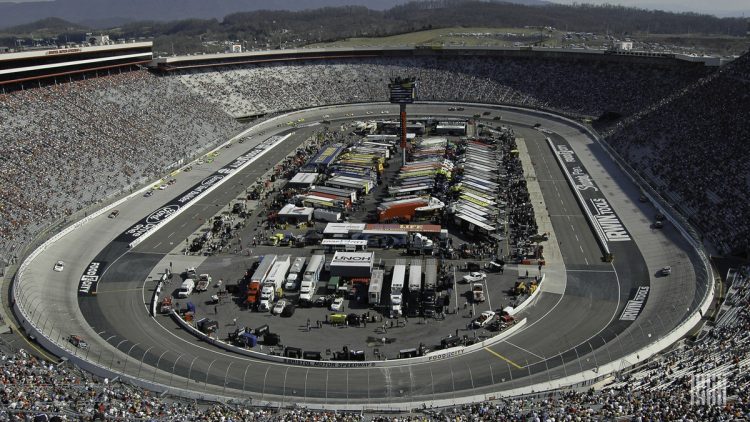 In the world of NASCAR, one of the most anticipated races are the ones that are held in Super Speedways, which are available for you in Nascar Heat 5.

Super speedways are NASCAR tracks that are greater than 2 miles. Thus, making it larger and often wider than the usual speedway.

When a speedway is larger and wider, it provides more space for racers to speed and maneuver around each other, which makes the race itself more challenging and dangerous.

To make it even more exciting, the longer tracks in the superspeedway allows racers to maximize the speed during the race itself.

For safety reasons, there are plenty of restrictions when it comes to racing in a real-life superspeedway.

After all, only a small fraction of NASCAR racers are qualified for a race in a superspeedway.

Lucky for us sim racers, we can always race on the superspeedways that are available on NASCAR Heat 5, which includes the 3 famous tracks below: 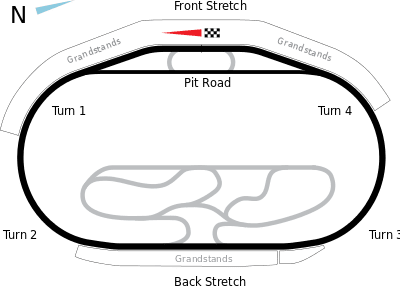 For a simulation software that is dedicated to NASCAR racing, NASCAR Heat 5 has done a fantastic job in offering a wide option of real-life speedways for its users.

Aside from the 3 super speedways above, you can also race in the following real-life regular speedways: 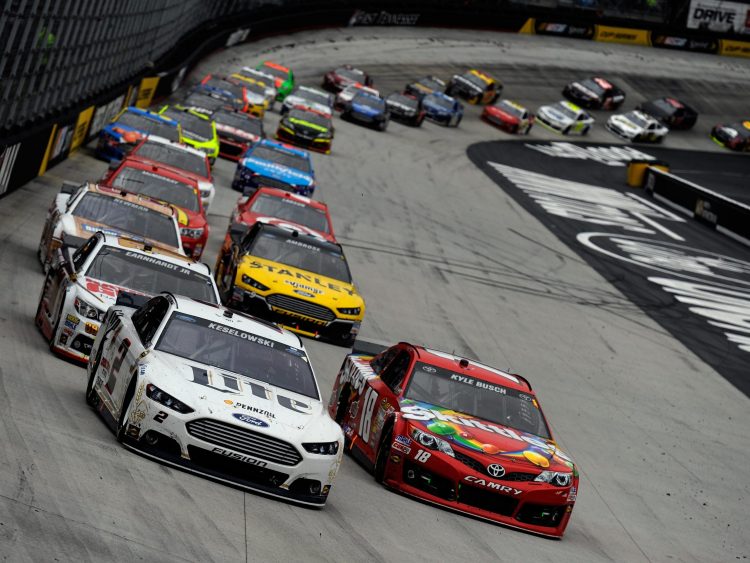 One of the most underrated things to do when racing in NASCAR Heat 5 is to race in the short tracks.

While speeding in a superspeedway may offer its sensation, there is nothing like a tight and fast-paced race on a short track.

Each type of track does have its benefits and drawbacks, but one of the best things about short tracks that also makes it much more challenging is that there is much less room for error, especially when you are leading the race.

There are a total of 5 short tracks in NASCAR Heat 5, including the following: 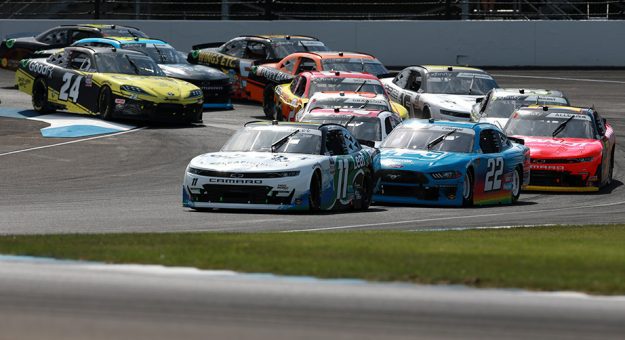 If you are looking for something different from the oval speedways, you can always try out the road courses on NASCAR Heat 5.

As the name suggests, the road course is a venue where NASCAR held road races on the streets instead of a race track.

One of the standout features includes the different scenery along with the races, but what makes it stand out for us is the turns which usually come in more variety than the regular oval speedways.

Here are the 7 road courses available on NASCAR Heat 5:

What are the fastest tracks in NASCAR Heat 5? 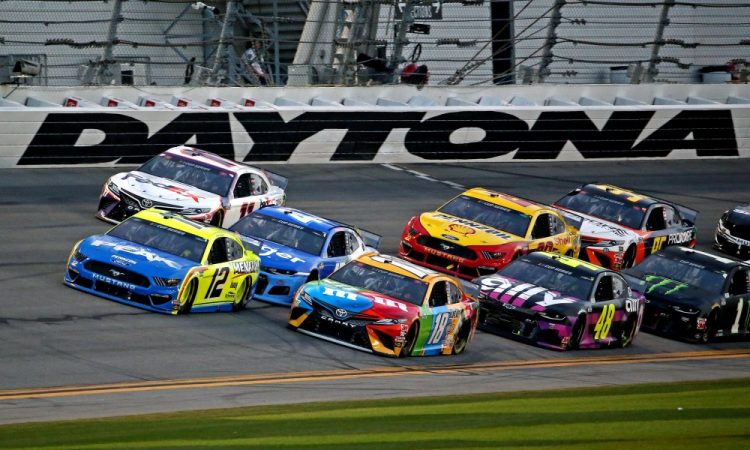 When racing with NASCAR Heat 5, it is very common for sim racers from around the world to look for the fastest track they can race in, but what makes a track fast?

In NASCAR racing, the speed of each track is determined by the speed and time record that each track holds, the shorter the time, the faster the track will be.

Of course, it comes down to the racer’s performance to determine how fast a track is.

However, other factors make it easier for racers to reach their most optimal speed, including the track contours, the layout, and even the surface of the track.

Here are some of the fastest tracks in NASCAR Heat 5 that you can try to race on:

When talking about the fastest tracks in NASCAR, the first track that comes to mind is usually Talladega, a superspeedway that holds the fastest qualifying track records in the history of NASCAR, set by Bill Elliot with his 212.809 mph lap back in 1987.

For its speed, Talladega is also known as one of the most dangerous speedways in all of NASCAR.

Good for us sim racers, NASCAR Heat 5 allows us to race in Talladega from the comfort of our own devices.

Auto Club, which was previously known as California Speedway, is another fast track that you can try on NASCAR Heat 5.

The NASCAR record in Auto Club is a stunning 188.245 lap that was set by an American racer named Kyle Busch.

We highly recommend this track because it is a great option for beginners who would like to test out their maximum speed in a relatively friendlier layout with much more forgiving turns, making it perfect for practice.

Despite being one of the fastest tracks in NASCAR Heat 5, this track is quite safe to race in with its banked turn and D-shaped ovals, making it easier for sim racers to adapt and achieve maximum speed.

Texas Motor Speedway holds the record for the fastest race track on the modern Sprint Cup.

The fastest speed was recorded by Brian Vickers with a stunning 196.235 mph lap.

The track itself measures up to 1.44 miles long along with a quad-oval design which makes it quite friendly for racers to speed in.

This track is quite similar to Charlotte, which is also available in NASCAR Heat 5.

We highly recommend giving Charlotte a try if you find yourself enjoying Texas Motor Speedway.

Last but not least, one of the most prestigious venues for NASCAR racing, Daytona.

Daytona is the second-fastest track in NASCAR with a record of 210.364 mph lap that was set by the legendary Bill Elliott.

Aside from being an extremely fast track, the reason why you should never miss racing in Daytona is sole because of its legendary status, which has made it into one of the most popular tracks to race in NASCAR Heat 5.

So here were some of the best tracks in NASCAR Heat 5 that you can try out and see how fast you can go.

Each track is unique in its own way, so be sure to check them all out and find the one that best suits your driving style.

We hope that this article has helped you in some way and we cannot wait to see you on the track!